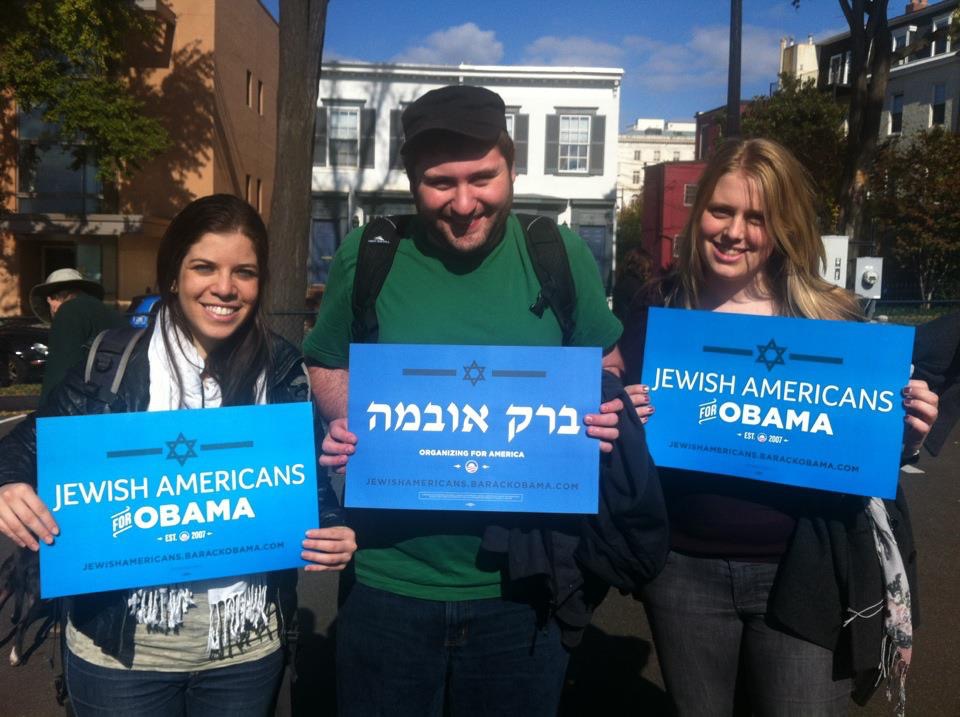 Aaron Weinberg, center, the new Jewish outreach director for the Democratic National Committee, poses in 2012 with other members of the Obama campaign’s Jewish outreach team. (DNC)

Aaron Weinberg, who studied Moroccan Jewish studies and Jewish education at the suburban Boston school, was hired last week to lead campaigning in Jewish communities ahead of this year’s presidential election campaign.

Weinberg, 25, a Chicago native and Jewish day school graduate, has extensive experience in Democratic politics and Jewish and pro-Israel activism and training.

He spent a year on Kivunim, an Israeli program that studies Diaspora communities, and has done stints at Hebrew University, the Shalom Hartman Institute, the Bronfman Youth Fellowship and with J Street, the liberal pro-Israel lobby. He completed his master’s degree at Brandeis in its Hornstein Jewish Professional Leadership program. He also was a delegate of the Reform movement’s Arza to the World Zionist Congress.

Weinberg said in an interview that he loved the mix at the Zionist Congress of Judaism and political bartering.

“While other people complained of the bureaucracy of the Congress, I was in heaven,” he said.

He worked with an Obama campaign Jewish outreach team in the 2012 election, when he was 21, targeting Jewish voters, particularly in Virginia, a swing state.

“Before we would go on a canvassing trip, we would say ‘Tefillat HaDerech,’” he said, referring to the prayer for safe travels.

Weinberg said his focus would be on targeting Jewish communities in swing states, naming Florida, Ohio and Pennsylvania along with Virginia and Colorado. He would also liaise with Jewish members of Congress as part of the outreach.

He will be working closely with Rep. Debbie Wasserman Schultz, D-Fla., the DNC chairwoman and one of the prominent Jews in the party.