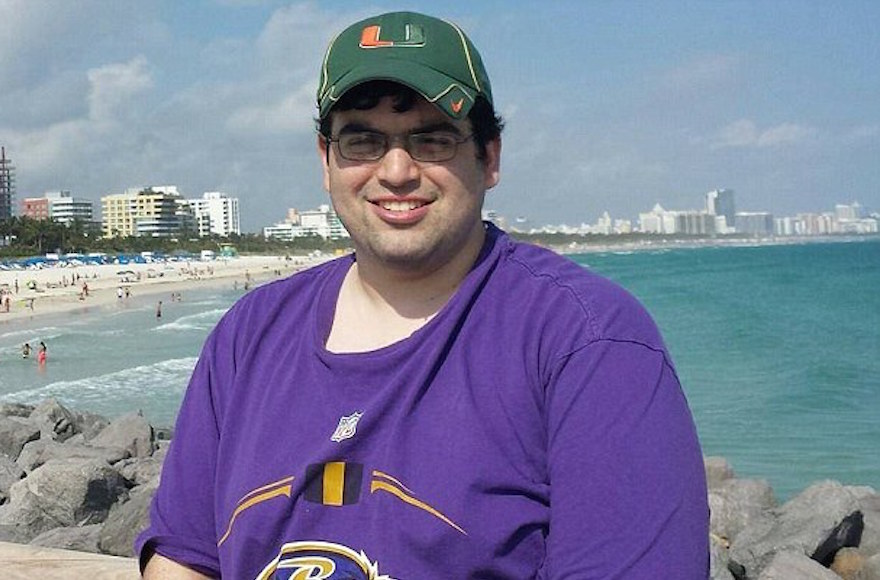 (JTA) — A 26-year-old Jewish man killed himself by driving the wrong way on the Florida Turnpike days after saying on Facebook that he had already tried to do so.

Tzvi Yeheskel Ference of Miami Beach was killed on Sunday night when his car driving north collided head-on with a tractor trailer on the southbound lanes of the turnpike. He was not wearing a seat belt and died at the scene, the Florida Sun-Sentinel reported, citing the state’s Highway Patrol. The other driver and his passenger were not injured.

In a Feb. 19 post on his Facebook page, where he was very open about his battle with depression, the Orthodox Jewish Ference wrote that two days earlier he had headed to the turnpike in order to kill himself by driving in the wrong direction, but aborted the plan after saying the Shema prayer.

“First slowly then faster and over and over again,” he wrote. “I was overcome with such emotion that I started crying. Crying hysterically to Hashem to help me. To help me with my pain. I was crying so hard and there were so many tears. I pulled over at the entrance to the turnpike and cried non stop for over 10 minutes.”

Ference called the epiphany the “power of faith” and “the power of Shema.”

Later the same day he wrote in a post on Facebook that he had been banned from his synagogue, adding: “A Jew should always feel welcome to pray.”  He added in a comment to the post that he “was trying to reach out to the Rabbi and other members because I was feeling lonely and depressed.”

Marc Philippe, the rabbi at Temple Emanu-El in Miami Beach, told the Sun-Sentinel that Ference was “a deeply spiritual young man, but a deeply troubled young man at the same time.” He said Ference had been asked to take a two-month break from attending the synagogue.

The newspaper quoted Ference’s sister, Bracha, 22, as saying her brother had been battling depression since age 16, and had been taking medication and undergoing therapy. Bracha said she had seen him two weeks before his death, when he visited her while driving back to Miami Beach from New England, and he had seemed “content.”