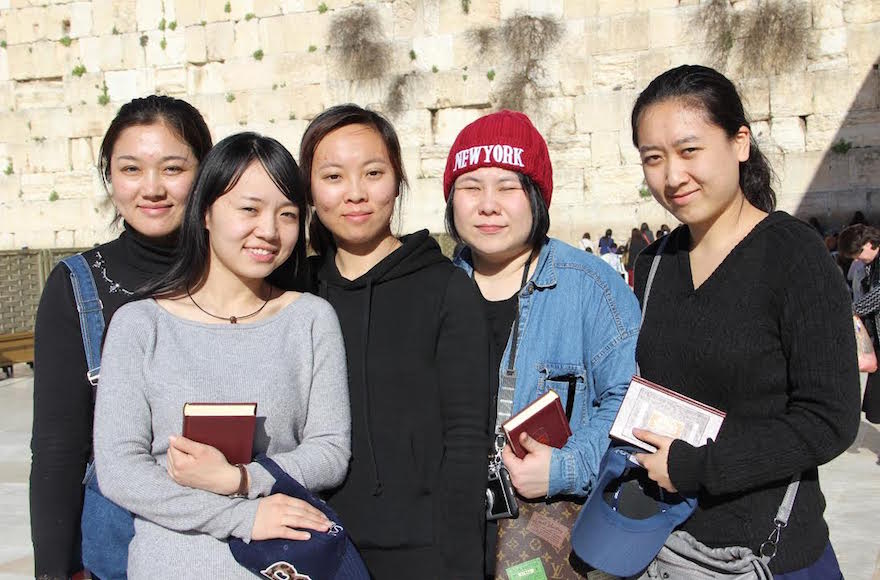 JERUSALEM (JTA) — Five women in their 20s from the Chinese Jewish community of Kaifeng arrived in Israel to make aliyah.

The women, who have been studying Hebrew and Judaism in their native Kaifeng, arrived on Monday and then traveled to the Western Wall.

They must still undergo a formal conversion by the Chief Rabbinate of Israel.

The women will continue their Jewish studies at Jerusalem’s Midreshet Nishmat-The Jeanie Schottenstein Center For Advanced Torah Study For Women, with the support of the Shavei Israel organization, which will also cover their living expenses and support them as they prepare for their conversions. Upon completion of the conversion process, they will receive Israeli citizenship.

“Kaifeng’s Jewish descendants are a living link between China and the Jewish people,” said Michael Freund, chairman of Shavei Israel, which seeks to strengthen ties to the descendants of Jews in communities around the world. “After centuries of assimilation, a growing number of the Kaifeng Jews in recent years have begun seeking to return to their roots and embrace their Jewish identity.”

The Kaifeng Jewish community is believed to have been founded by Iraqi or Persian Jewish merchants in the eighth or ninth century. At its peak, during the Ming Dynasty (1368-1644), the community may have numbered up to 5,000 people. Today, after centuries of assimilation and intermarriage, the community claims 500 to 1,000 members who continue to observe Jewish customs.

Seven young men from Kaifeng made aliyah in October 2009 with the help of Shavei Israel.