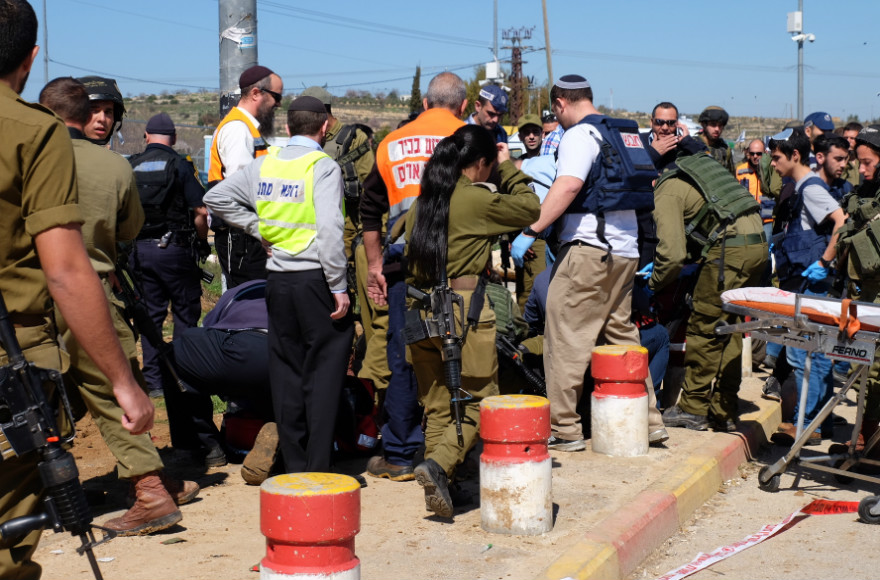 (JTA) — Israeli security forces shot and killed a Palestinian woman who police said deliberately ran over a soldier near the West Bank settlement of Efrat.

The soldier suffered minor injuries to one leg in the incident Friday, Army Radio reported.

Palestinian officials identified the woman as Amani Husni Sabatin from the village of Husan in western Bethlehem, near the Gush Etzion junction where the incident occurred, the Palestinian Maan news agency reported.

The woman was driving a car with Israeli license plates, which are issued only for cars registered as owned by an Israeli citizen. A spokesman for the Israel Defense Forces is quoted as telling Maan that a knife was found in the car.

In December, the Israel Security Agency, or Shin Bet, recorded six ramming attacks by Palestinians against Israelis. None occurred in February.

The incident Friday follows a stabbing Wednesday night of two Israeli soldiers at the entrance to a West Bank settlement near Nablus. The assailants were shot dead. The victims were lightly wounded.

According to Maan, approximately 180 Palestinians and 30 Israelis have been killed in Israel, the West Bank and Gaza since September, when the number of terrorist attacks against Israelis increased significantly.