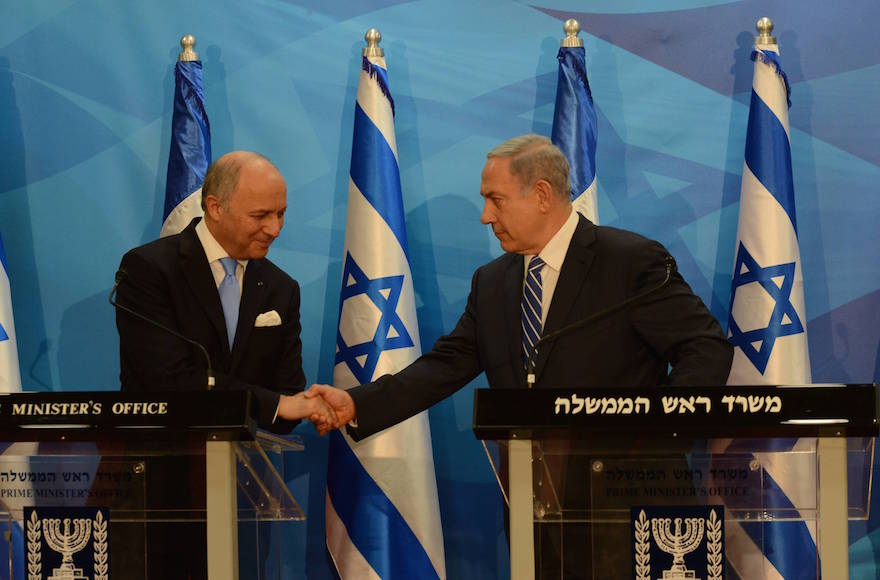 (JTA) — France is stepping away from earlier assertions that it would “automatically” recognize a Palestinian state if a Paris-hosted international conference fails to revive Israeli-Palestinian peace talks.

“There is never anything automatic,” French Foreign Minister Jean-Marc Ayrault said Wednesday at a news conference in Cairo, according to Agence France Press. “France will present its initiative to its partners. It will be the first step; there is no prerequisite.”

Ayrault’s predecessor, Laurent Fabius, angered Israel in January when, after proposing the conference, he said France would recognize a Palestinian state if the talks failed.

Israeli Prime Minister Benjamin Netanyahu said at the time that by promising to recognize a Palestinian state, it was providing “an incentive for the Palestinians to come and not compromise.”

Ayrault, who replaced Fabius in February, made his remarks during a two-day visit to Egypt to discuss France’s plans to host an international conference “by this summer” to revive the talks.

“What we want, and that is our commitment, is to resume the negotiation process,” he said.

The most recent round of peace negotiations between Israel and the Palestinians came under the auspices of the United States. They ended in April 2014 without an agreement.