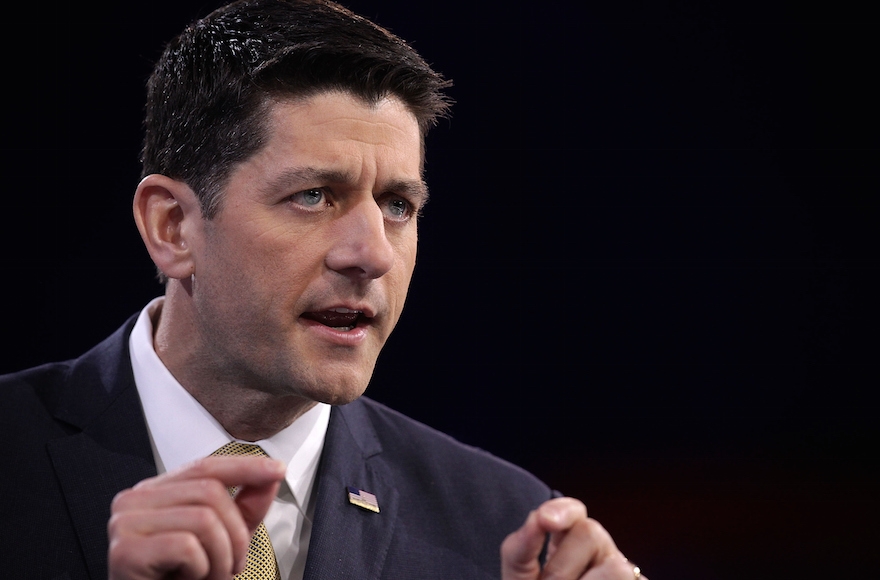 WASHINGTON (JTA) — Speaker Paul Ryan will be among the top House leaders from the Republican and Democratic parties to address the AIPAC conference.

Hoyer becomes the first Democratic lawmaker who supported last year’s Iran nuclear deal to be tapped as a speaker by the prominent Israel lobby. The bitter debate over the deal pitted Israel’s government and AIPAC against the White House and much of the Democratic Party. Until Thursday, all the congressional Democrats listed as speaking at the conference had been among the minority who opposed the sanctions relief for nuclear rollback deal.

Hoyer is a stalwart of pro-Israel lawmakers, leading trips of freshmen Democrats every two years to Israel under the auspices of AIPAC’s educational affiliate, the American Israel Educational Foundation. He is often joined on the AIPAC conference stage with an equally senior Republican to proclaim that while they differ on almost everything else, they agree about support for Israel.

Hillary Clinton, the former secretary of state and leading Democratic presidential contender, is so far the only candidate listed as speaking. She also supported the Iran deal.