How Frank Sinatra Jr. got a Jewish middle name 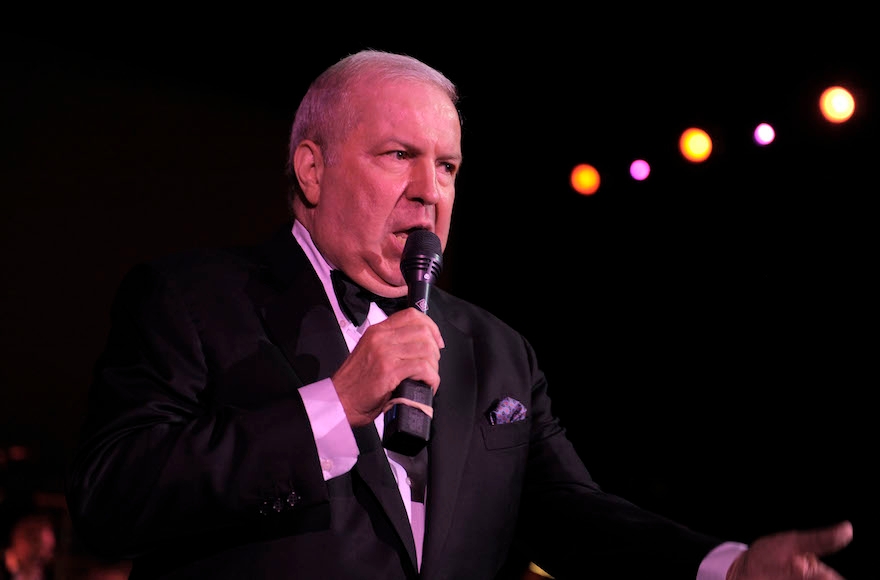 Frank Sinatra Jr., who died suddenly at age 72 on Wednesday while on tour in Florida, spoke to the Florida Jewish Journal just a few days earlier about his own and his father’s connections to Jews and Israel, and how he got the middle name Emmanuel.

According to the younger Sinatra, he was scheduled to be baptized at a Catholic church, and his father’s close friend Emanuel “Manie” Sacks was to be named as his godfather. “But, the priest said that Sachs [sic], a Jew, could not be named as godfather,” Sinatra Jr. told the Journal. “Sinatra took me out of the church immediately and I got baptized at another church” where Sacks would be accepted as the godfather. “This is one of many examples of how Sinatra treasured the deep friendships that he had over his career.”

Added Sinatra: “My name is Francis Emmanuel Sinatra and the middle name is from [Manie] and I treasure him.”

The Philadelphia-born Sachs, who died in 1958, is famously credited with helping the elder Sinatra break a restrictive contract with bandleader Tommie Dorsey.

Sinatra Jr. also recalled to the Journal that his father was a lifelong supporter of Israel, but that he himself had never been to the country.

“I want to make a pilgrimage to Israel, visit the Western Wall and will forever be a supporter of Israel as was Sinatra,” he said.