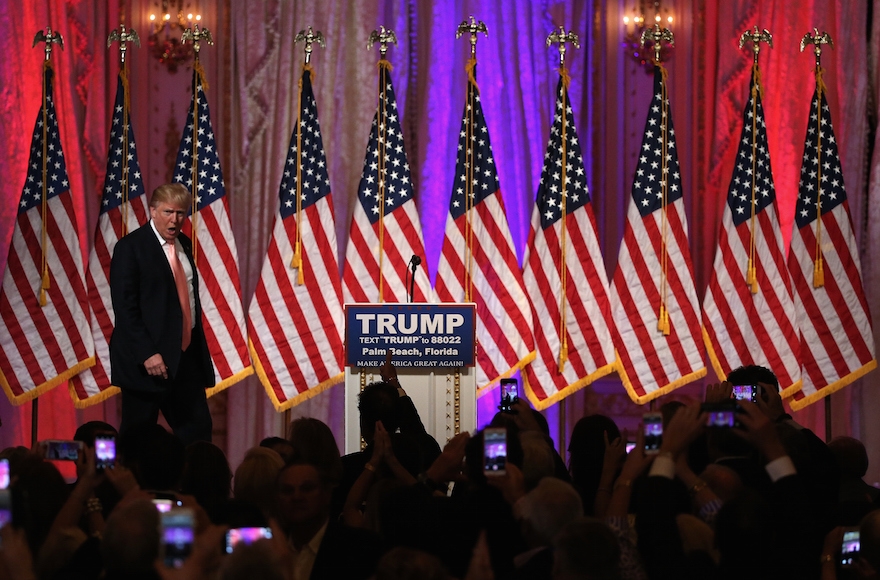 WASHINGTON (JTA) — The American Jewish Committee said “violence has no place in American politics” after Donald Trump warned that denying him the Republican presidential nomination could spark riots.

“Violence and threat of violence have no place in American politics,” the AJC said in a statement released Thursday, which did not mention Trump by name and emphasized that the Jewish advocacy group is non-partisan and does not endorse candidates.

Trump, speaking earlier Thursday on CNN, had warned that a brokered Republican convention in Cleveland, Ohio, in July could lead to rioting.

“I think you’d have riots,” he said. “I’m representing a tremendous many, many millions of people.”

Trump has accrued by far the most delegates in the race for the Republican presidential nod, but could conceivably fall short of the majority needed to secure a nomination on the first count at the party’s convention.

Pledged delegates could change their votes on second and subsequent counts, which creates the possibility that Trump could lose the nomination even while securing a plurality of the Republican primary vote.

A woman outside the nixed event was photographed doing a Nazi salute.

“Too many democracies have failed, to be replaced by autocratic governments, when violence became a sanctioned political tool, especially by those who feel disenfranchised and choose not to await ordinary change at the ballot box.”