On Iran, AIPAC activists have no bill to push for 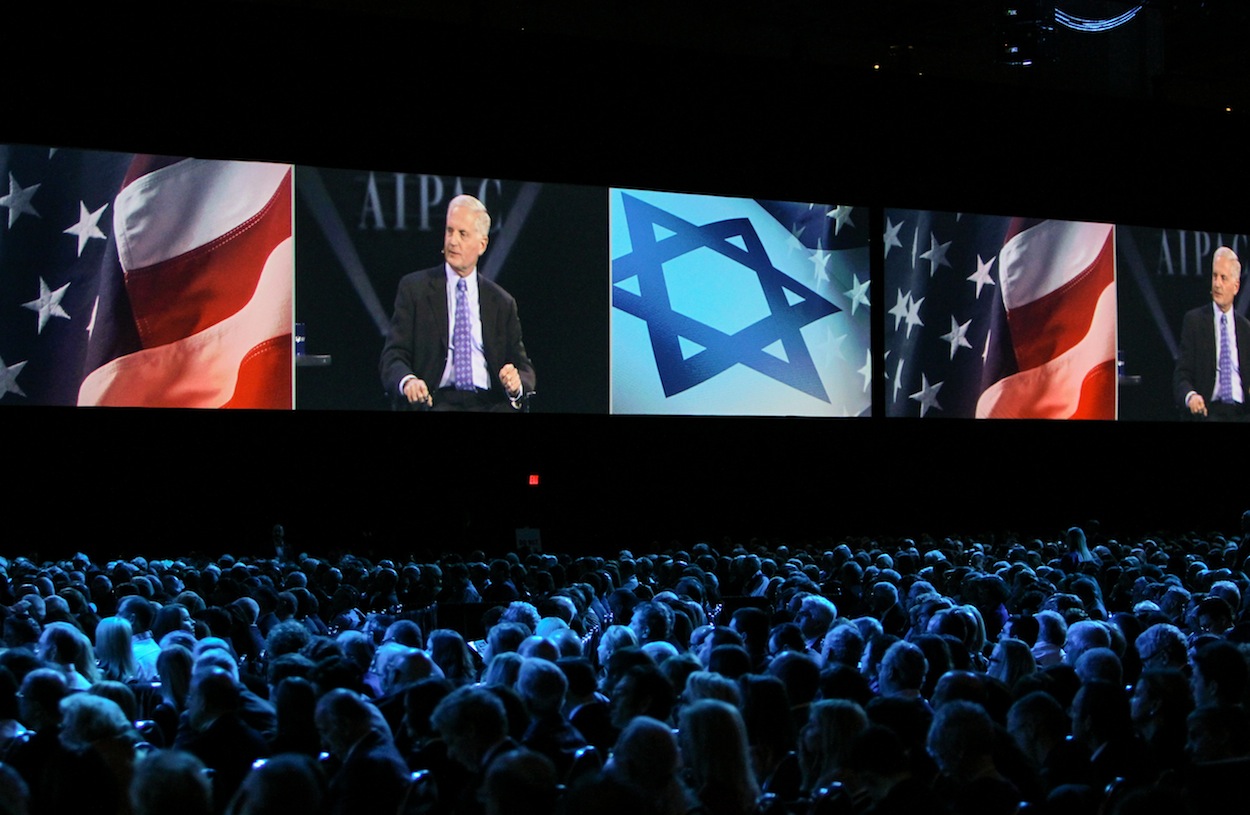 WASHINGTON (JTA) – AIPAC’S smartphone app, downloadable for the expected 18,000 participants at its conference this week, has a nifty little feature for lobbying day, the conference finale on Tuesday when thousands of pro-Israel activists ascend to Capitol Hill.

Activists comfortably seated in a Congress member’s office can use the app to call up the broad lobbying agenda for the American Israel Public Affairs Committee’s three congressional priorities — Iran, Israeli-Palestinian peace and defense assistance for Israel.

Once they are done with the talking points, the activists can click through to the specific legislative requests AIPAC has spent months preparing, hand the device over and — voila! — the Congress member (or a staffer) can scribble down the details for further action.

For the peace process and defense assistance, AIPAC has specific action it wants Congress to take. But try to find an equivalent under the app’s Iran heading — legislation to cosponsor, a resolution to endorse, a letter to sign — and there’s nothing.

READ: 5 things to look out for at the AIPAC confab

That’s because Congress remains profoundly divided on the Iran question, with Republicans saying the nuclear deal needs to be amended, if not scrapped altogether, while Democrats insist the United States must abide by its terms and are calling for oversight to make sure the Iranians do as well.

Complicating matters for AIPAC, the organization remains unflinchingly opposed to the deal, making it hard for its usually nimble lobbyists to come up with a formula acceptable to Democrats who want to move on.

AIPAC wants to see reauthorization of the 1996 Iran Sanctions Act, due to expire at the end of this year, and penalize Iran for its recent ballistic missile tests.

“Reauthorization does not revisit the deal,” Brad Gordon, AIPAC’s legislative director, said Tuesday, briefing activists before they headed to Capitol Hill. “The deal negotiated last summer clearly anticipated that the Iran sanctions act will be renewed.”

Sens. Mark Kirk, R-Ill., and Robert Menendez, D-N.J., introduced a reauthorization bill last June, before the deal was finalized, which AIPAC has backed but was not asking its activists to recommend this week. An AIPAC spokesman did not answer a JTA query as to why, but the bill may be seen as outdated because it predates the deal. The measure has attracted only four co-sponsors, with Menendez, an acerbic critic of the Obama administration’s Iran policy, the only Democrat. Additionally, the 2015 bill is not a pure reauthorizations and adds new reporting requirements opposed by the Obama administration.

Menendez, speaking after Gordon on Tuesday, mentioned the bill, telling activists to urge their representatives “to support such legislation.”

There have been measures, introduced by lawmakers from both parties, that would sanction Iran for its ballistic missile testing and support for terrorism, but neither has been able to win supporters from the other party. AIPAC isn’t supporting them.

Each pair of foreign policy committee leaders, from the Senate and the House of Representatives, released joint statements toward the end of last week suggesting that for now, they are stuck on how to reach agreement on Iran.

“We are continuing to work on bipartisan sanctions legislation,” Sen. Ben Cardin, D-Md., the ranking Democrat on the Senate Foreign Relations Committee, said Friday in a joint statement with Sen. Bob Corker, R-Tenn., the committee chairman. “Iran remains a bipartisan concern and we are committed to taking action to ensure that Iran does not become a threshold nuclear weapons state.”

Rep. Ed Royce, R-Calif., the chairman of the House Foreign Affairs Committee, and Rep. Eliot Engel, D-N.Y., the committee’s top Democrat, likewise said in a statement Saturday that “they continue work to respond to Iranian aggression with new sanctions on its ballistic missiles program and a measure to reauthorize the existing Iran Sanctions Act.”

Notably, Cardin and Engel were among the minority of Democrats who opposed the Iran deal. Each has said in recent weeks that it’s time to move on and make sure the deal, which President Barack Obama has said is the best way to keep Iran from obtaining nuclear weapons, is executed as written.

Cardin, in an addendum to his joint release with Corker, talked up an Iran oversight bill he introduced last year with other Democrats — among them both supporters and opponents of the deal.

“The purpose of that legislation was to enhance oversight of Iran’s compliance with the JCPOA, so that Iran never becomes a nuclear weapons state,” Cardin said, referring to the Iran’ deal’s formal name, the Joint Comprehensive Plan of Action. “It also strengthens the United States’ resolve against Iran’s ballistic missile program and other nefarious actions.”

The problem with Cardin’s bill, a senior Republican congressional staffer said, was that it deals only with oversight, while Republicans are seeking new means to pressure Iran over what they say are its post-deal violations.

“The question we’re asking is, ‘what more can we do?'” said the staffer.

The most recent attempt to answer that question came in the form of two bills introduced Thursday. The first, sponsored by 16 Republicans led by Sen. Mark Kirk, R-Ill., introduces new sanctions related to Iran’s backing for terrorism. The second, sponsored by 13 Republicans led by Sen. Kelly Ayotte, R-N.H., targets its ballistic missile program for sanctions. Both include Senate Majority Leader Mitch McConnell, R-Ky., as a sponsor — a rare sign of how seriously Republicans want the bills to be taken.

Backers of the bills emphasize that the provisions do not target the nuclear deal and should therefore be acceptable to Democrats. However, Democrats say the measures could limit the president’s ability to implement certain parts of the nuclear agreement and therefore amount to a backdoor attempt to scuttle it entirely.

AIPAC, whose three-day annual assembly here started Sunday, is not formally backing either bill. Doing so would violate one of its cardinal principles — that it obtain bipartisan backing for any initiative. But the lobby’s Iran talking points suggest that its overall outlook on the issue is closer to the Republican position.

“Since the nuclear deal with Iran was announced, Iran has increased its malign activities at home and in the Middle East,” AIPAC says.

At the conference this week, activists are likelier than not to encounter criticism of the deal. Only one Democrat among the vast majority in the party who backed the deal is scheduled to speak — the minority whip, Rep. Steny Hoyer, D-Md. Leading two Iran breakout sessions are officials of pro-Israel groups that have been the most strident critics of the Obama administration’s Iran policy, The Israel Project and the Foundation for Defense of Democracies.

The other two issues on the smartphone app, the peace process and defense assistance, will offer some solace to those longing for bipartisanship.

AIPAC activists will ask House members to sign a letter initiated by the two top lawmakers on the foreign operations subcommittee of the Appropriations Committee — ranking Democrat Rep. Nita Lowey, R-N.Y., and chairwoman Rep. Kay Granger, R-Texas — urging Obama to keep the Palestinians from obtaining statehood recognition outside the framework of peace talks.

The other asks senators  to sign a letter to Obama co-authored by Sens. Lindsey Graham, R-S.C., and Chris Coons, D-Del., supporting a substantial increase in security assistance to Israel from the current $3.1 billion annually, noting increased turmoil in the region resulting from insurgencies as well as Iran’s efforts to expand its influence.