Donald Trump says Israel should pay US for defense aid 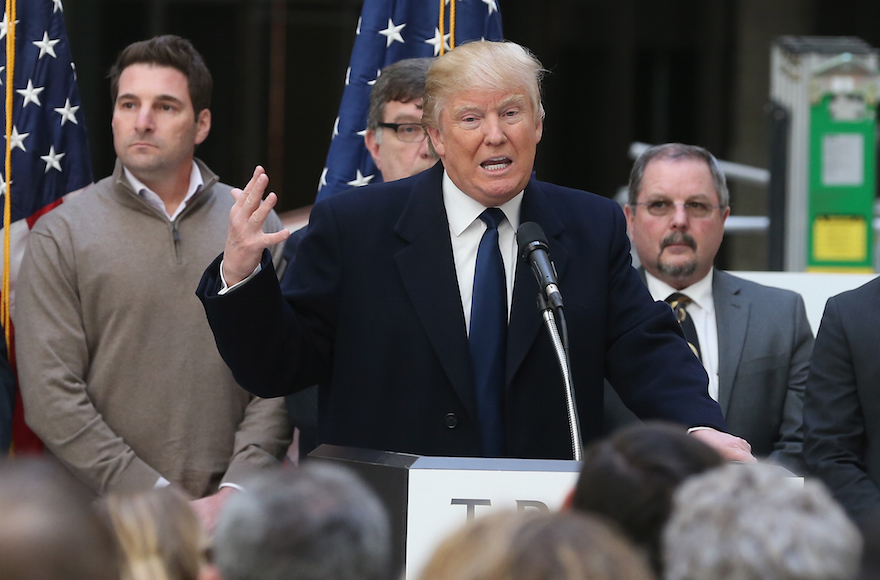 Donald Trump speaking to the media at the Trump International Hotel that is currently under construction in Washington, D.C., March 21, 2016. (Mark Wilson/Getty Images)
Advertisement

(JTA) — Donald Trump said Israel should pay for defense aid it receives from the United States prior to speaking at the AIPAC conference.

At a news conference in Washington, D.C., on Monday, the Republican presidential front-runner was asked whether he believed the Israeli government should pay for American defense, as he had called for other U.S. allies, such as South Korea, Japan and Saudi Arabia, to do.

“I think Israel will do that also, yeah, I think Israel do — there are many countries that can pay and they can pay big league,” Trump responded.

The real estate billionaire went on to focus on the other countries, saying calling in debts would help “build wealth.”

The United States has long maintained a special security relationship with Israel. The countries are in the midst of negotiating a new defense package said to be worth tens of billions of dollars over 10 years. Israel currently receives $3.1 billion a year from Washington, most of which is required to be spent in the U.S.