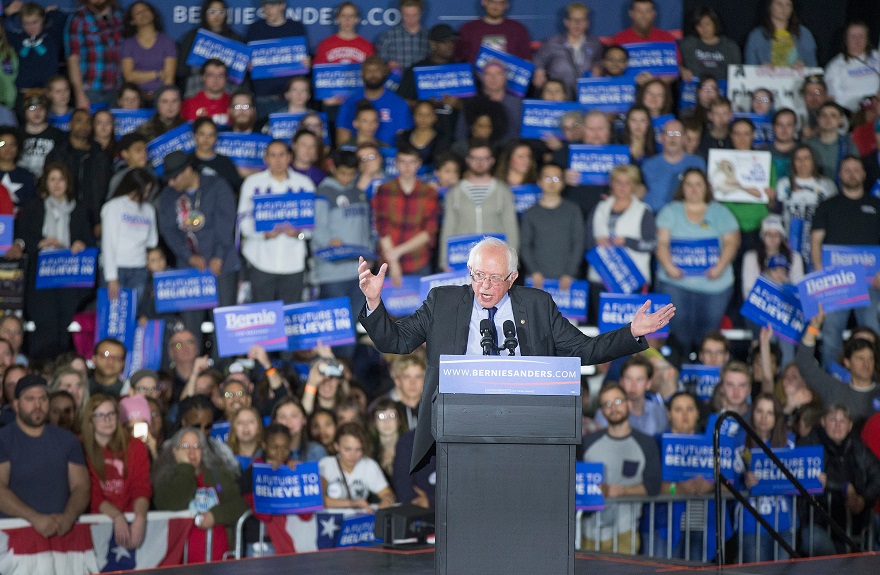 With the Sanders’ victories on Saturday, Clinton now leads the Vermont Independent in the number of pledged delegates, 1,234 to 956. But his overwhelming wins in all three states could lend his campaign momentum and bring in donations.

In Alaska, Sanders had 82 percent of the vote to 18 percent for Clinton; in Washington, it was 73-27. Sanders, the first Jewish candidate to win major party nominating contests, had 71 percent in the Hawaii caucuses with nearly all of the vote counted, according to The Associated Press.

Clinton, a former secretary of state, leads Sanders 469-29 in “superdelegates” who have said they plan to vote for her. But the superdelegates, or party officials, are not formally pledged and would be under pressure to support the candidate who won the majority of pledged delegates.

The next nominating contest for both parties is in Wisconsin on April 5. Among Republicans, Donald Trump, a real estate magnate, is leading Sen. Ted Cruz, R-Texas, and Ohio Gov. John Kasich.