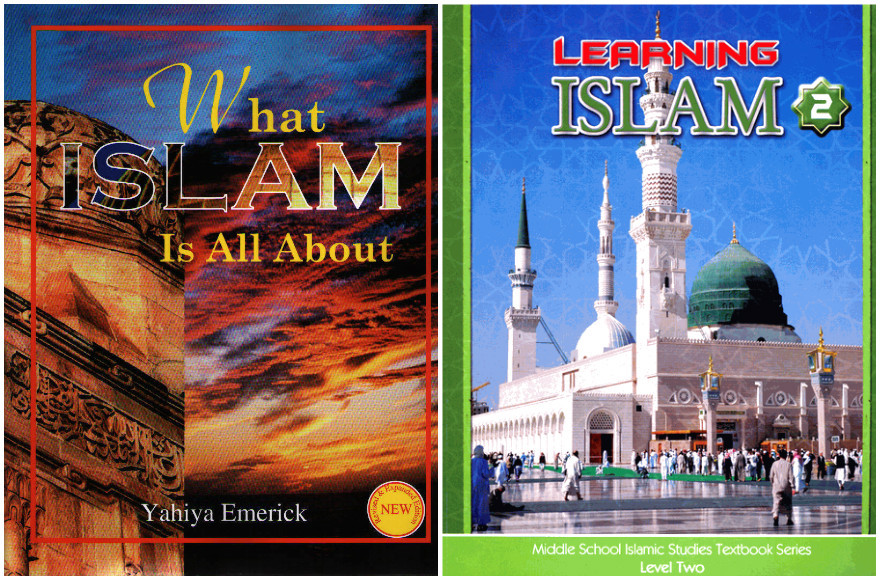 Muslim education in North America is generally flexible and tolerant, according to a new study, with a notable exception when it comes to Israel. (Courtesy of Noorart Inc.)
Advertisement

JERUSALEM (JTA) — It might appear churlish to criticize the teaching of Islamic studies in America.

After all, “Between Sharia and Democracy: Islamic Education in North America,” a just-released study by Impact-SE, finds that the most widely used Islamic textbooks published in the United States are generally free of imagery and ideologies that generate prejudice or contempt for others. They aim to present Islam as harmonious with many aspects of Western society and, in the main, with UNESCO’s standards of tolerance in education.

But it is not unreasonable to expect more, and particularly to ask why these curricula draw the line of tolerance and educational decency when it comes to references to Israel.

The report, edited by Dr. Eldad Pardo of The Hebrew University in Jerusalem, examined five Islamic studies curricula, all of which are based on orthodox Sharia (Islamic law). Four of the five curricula come from publishers in the United States and one in Saudi Arabia by the Canadian author Abu Ameenah Bilal Philips. They are used in 244 schools across the U.S. and 28 in Canada.

The Bilal Philips curriculum ought not to be taught in the U.S., Canada or anywhere else. While the new study estimates it is used in only around a half-dozen North American schools, the texts are available online to all. The curriculum associates the West with social ills and immorality, portrays Muslims as under constant threat, and advocates for the imposition of Islam while viewing Judaism and Christianity antagonistically. This is clearly not acceptable. 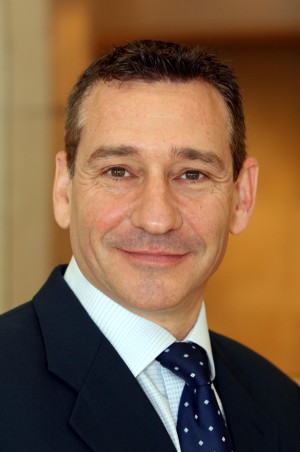 The U.S.-published curricula used in the majority of schools encourage good citizenship and partnership in American economic and public life. Loyalty to Sharia Islam translates into discipline, brotherhood, support for Muslims, “Muslim causes” and commitment to the worldwide Ummah (Muslim community). Teachers are encouraged by the curricula to present the notion of competing narratives among nations, national groups and monotheistic religions and to cultivate their awareness. They generally remain friendly to Judaism and Christianity as monotheistic faiths, though ancient antipathies toward the former and some suspicion toward theological aspects of the latter remain.

All is not rosy. There exists a clear “us versus them” paradigm that unfortunately also rejects a more liberal Islam. As the study makes clear, the textbooks do not glorify war or promote violence as a means of resolving conflicts. They do, however, teach about military jihad and episodes of past acts of Islamic heroism. We believe the curricula should unconditionally reject violent jihad and work emphatically to discourage participation in jihadi activities around the world.

But if in juggling between Sharia and Western values, the most popular American Islamic studies curricula for the most part manages to keep the balls in the air, they crash to the ground when it comes to Israel.

With a bias that resembles unreconstructed Arab League propaganda, these curricula present Israel as a usurper — certainly not a depiction fit for schools in America. There are calls for political activism against Israel, which is sometimes referred to as Palestine. They even omit Israel from some maps and deny Jews any historic claims to the land.

Even Egyptian books, which Impact-SE continues to monitor, are better.

The North American curricula offer, at best, a simplistic, one-sided and unhelpful narrative that demonizes Israel. Even worse, they also miss a great opportunity. There is no mention of peace efforts, including the Oslo Accords, no discussion of peaceful solutions.

Imagine if instead of rubbing Israel off maps and rewriting history, a discussion was opened up for young American Muslims that peace between Israel and Palestinians is both possible and desirable, despite being complicated and difficult to achieve — and that there are competing narratives, national claims and chronicles of wrongs on both sides.

It is no surprise that under the current climate, when American Jewish and Muslim students meet on campus, the result is too often strident opposition and occasionally violence by some Muslim students toward those students who advocate for a negotiated two-state solution.

Education has a special role in society. There is trust in its veracity; those who deliver it have authority and it is usually managed by state institutions. That’s why it is so important that impressionable students, absorbing what is taught to them, are prepared for futures of hope in the classroom, not hate and incitement.

As this week’s attacks in Brussels show, Islamic terror has again struck in Europe with devastating results. The education of young Muslims across the world is saturated enough with biased historical narratives and hatred of the Other. Young Muslims in America could instead be taking the lead in combating extremism and in engaging partners in the kind of dialogue that can build bridges of understanding and coexistence.

(Marcus Sheff is CEO of Impact SE, an international organization founded in 1998 and based in Jerusalem that researches education throughout the world to determine compliance with UNESCO-defined standards on peace and tolerance. He tweets at @marcusjsheff.)