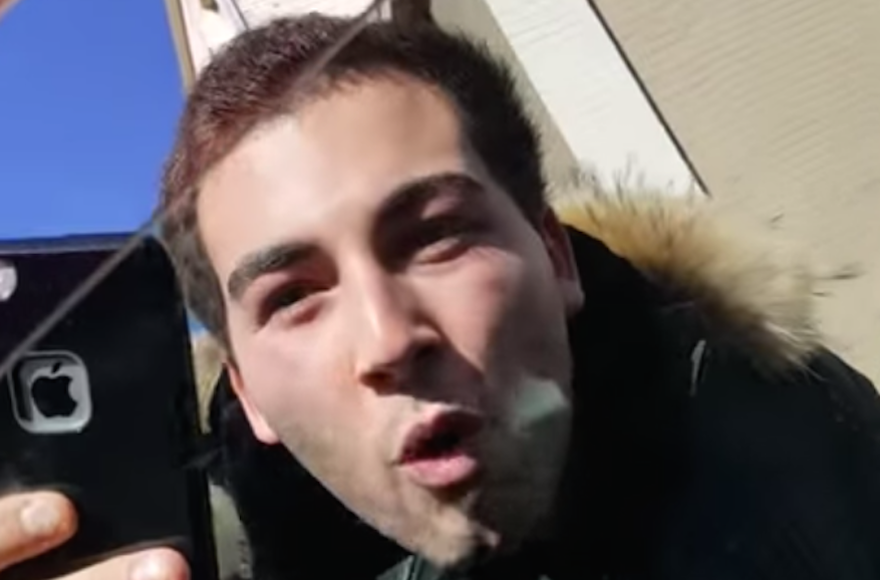 Jake Croman on video yelling a torrent of profanities at an Uber driver. (Screenshot from YouTube)
Advertisement

(JTA) — An Uber driver accused by a Jewish University of Michigan student of making anti-Semitic remarks, precipitating a profanity-laced tirade by the student, has been dropped from the company.

Uber told the student publication, the Michigan Review, this week that it was investigating the incident between the driver, Artur Zawada, and the student, Jake Croman.

A video of Croman screaming a torrent of profanities at Zawada has gone viral since it was posted on March 23, three days after the incident. Croman said he was responding to anti-Semitic remarks.

Zawada told the Review in an interview Monday evening that he did nothing wrong. He denies the charges of anti-Semitism.

Croman is being investigated by school administrators and his fraternity over the incident.

Zawada filed a complaint with the Ann Arbor Police Department. He told Tab Michigan that Croman’s rant was unprovoked and came after he told Croman that he would not drive him because of three previous bad experiences with the student.

An immigrant from Poland, Zawada has been in the United States for 30 years. He told the Review that he has no reason to be anti-Semitic.

“Half the Jewish people who founded Israel were Polish citizens,” he said. “I have Jewish friends. I have professors I know at the University of Michigan who are Jewish. I worked for my boss and he was Jewish.”

Croman is the son of multimillionaire New York real estate developer Steven Croman, who is being investigated by the New York State attorney general for allegedly using illegal tactics to pressure rent-stabilized tenants into vacating their apartments, according to the New York Daily News.