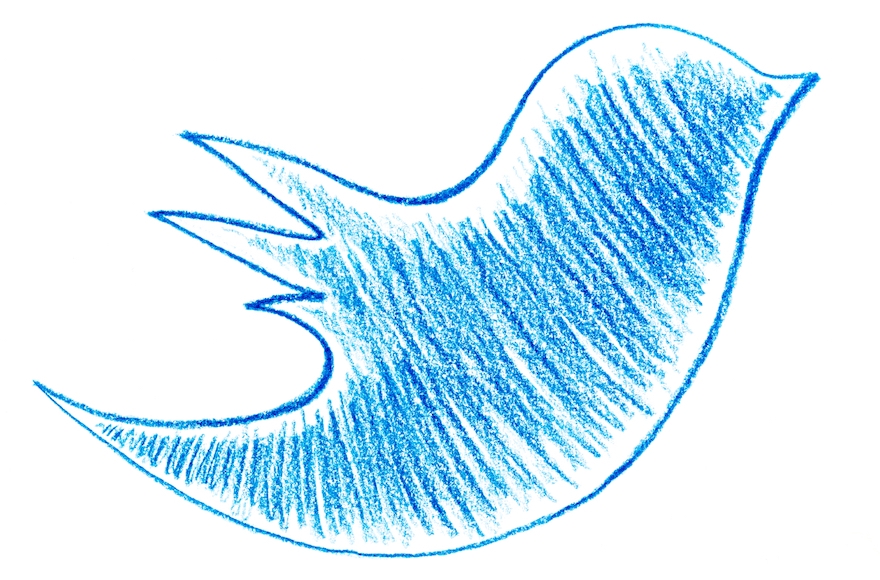 Last week, we published a list of “The 25 most influential people on ‘Jewish Twitter.’” The ranking — which used an analytics company’s algorithm to determine a group of rabbis, officials, journalists and leaders in other fields who are driving the Jewish conversation on Twitter — has provoked a wave of online response.

One of those responses, written by Jeremy Burton in a blog post on The Times of Israel, deserves its own subsequent response.

Among a number of  salient points (to which we respond below), Burton noted that of the 25 influencers on our list, only three are women.

“Now, I don’t blame the JTA for this. Their algorithm produced a list based on volume of followers, and they published it. But when the Jewish conversation on Twitter is less than 10% female at the top of the pyramid, it’s an indicator of a bigger problem we have about the quality and depth of Jewish conversation,” Burton wrote on Wednesday.

His post resonated with some on the list — including the well-known journalists Jeffrey Goldberg (N0. 6) and Peter Beinart (No. 24), who each retweeted the article.

Important piece by @BurtonJM on inclusion in the Jewish community, and also Twitter: https://t.co/D4fSgD0EA6

Before addressing the other arguments in Burton’s post, it needs to be said loud and clear: While the list was based on data considered objective, we should have noted the final product’s lack of diversity. That the list is almost all male — and completely white — is an unfortunate fact that needed to be acknowledged.

Burton also found fault with the basic methodology that went into forming our list. To clarify, we used data analysis by Little Bird, a Portland-based company that connects companies with influential social media users. Based on the terms “Jewish” and “Israel,” Little Bird’s technology produced a network of 1,000 Twitter users who follow and are followed by people discussing those topics. Members of the network were then ranked according to how many other users within the network follow them.

Burton argued that using only the terms “Jewish” and “Israel” negatively narrowed the scope of our search.

“The list was compiled based on tweeters who use the terms ‘Jewish’ and ‘Israel,’ as if all that matters to Jewish twitter is a particularistic conversation,” wrote Burton, who is the executive director of the Jewish Community Relations Council of Greater Boston. “As my friend Sheila Katz tweeted: ‘Too bad @JTAnews left off all the Jews worth following that tweet about Jewish issues in addition to Israel and/or use their platform to tweet about pressing world issues that Jews should care about like genocide, #BlackLivesMatter, sexual assault … You know, justice.’”

Producing a list of Jewish tweeters who are influential in the conversation around social justice issues such as #BlackLivesMatter would be a rewarding enterprise. But the question of what constitutes a “Jewish issue” is an old and unresolved one. Jews contribute to uncountable fields and debates, but that doesn’t necessarily make those contributions “Jewish.” Certainly there are issues that fall beyond the purview of even a community relations council because they exceed its “Jewish” bandwidth.

Using the terms “Jewish” and “Israel” established an appropriate baseline, but one that may have left out some key commentators and influencers — including a few we regularly follow and consider indispensable to the Jewish conversation.

As it turns out, Twitter’s gender imbalance is not limited to the Jewish world. “Unfortunately, many communities online and offline have historically and continue to undervalue the voices of women and this is reflected in our data,” Marshall Kirkpatrick, Little Bird’s co-founder, told us. “More people follow male thought leaders than follow women thought leaders, in most communities.”

In his own blog post on the topic, Kirkpatrick noted that in 75 percent of the topics analyzed (including climate change, diet and photography), the top 20 thought leaders were made up of at least 60 percent men. The silver lining? “There are opportunities for members of almost any community to listen to more women, and for women to make more connections to their peers online,” he told us.

Our list (and the rest of the network outside the top 25 that we didn’t include) also reflected a structural imbalance in Jewish life, in that it included a large number of people working in the Jewish communal organization realm — a world that has been shown to be largely dominated by male leaders.

For instance, in December, the Forward disclosed the CEO pay of 71 of the largest Jewish “federations, advocacy and service groups, religious and educational organizations.” Only 12 were run by women.

As an experiment, we removed from our original list Twitter users who worked for these organizations or in government. Eight women made our new top 25, a more respectable showing.

So we agree with Burton’s overarching message. The Jewish community still has a lot to do in order to address a gender gap in positions of influence. It’s an issue that goes way beyond the confines of Twitter.