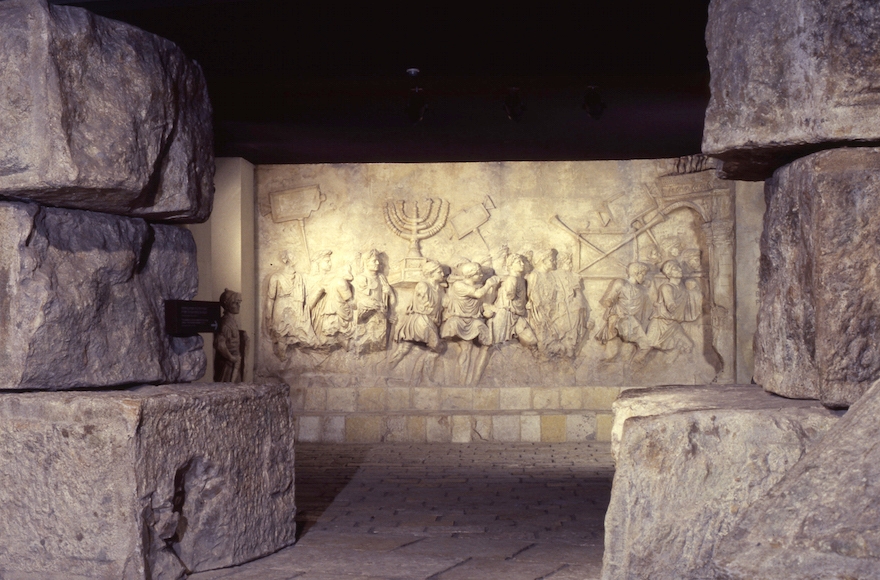 TEL AVIV — When Dan Tadmor became CEO of Beit Hatfutsot-The Museum of the Jewish People in December 2012, one of the very first things he did was drop $500 on fixing a single letter.

This was hardly a rash decision. The offending letter was part of a large sign in the entrance hall reading “atah helek m’hasipur,” or “You are part of the story.”

However, the plural “you” can refer either to a group of all men or mixed company. So Tadmor changed the letter “hay” into a final “mem”— transforming “atah” into “atem,” and thereby making the slogan gender neutral.

“Diversity in terms of ethnic diversity, gender diversity and even Jewish denominations is hugely important to us,” says Tadmor, who came to The Museum of the Jewish People after 20 years working in Israeli newspapers and the television media. “We’re giving a voice to every denomination, regardless of what people think about it.”

Tadmor’s leave-no-sign-unturned attitude is part of his broader vision for the museum, which is currently undergoing a 12-year, $100 million overhaul that will, he hopes, propel the 40-year-old museum into the future.

Founded in 1978, Beit Hatfutsot has always considered itself a repository of the artifacts and accoutrements that represent Jewish identity. When the museum opened nearly four decades ago, its vision of Jewish peoplehood was already pluralistic and diverse, a radical choice that set it apart from the hundreds of other Jewish museums across the globe.

Today, Tadmor says, he and his colleagues are as committed to that vision as ever — but with their commitment comes a sense of urgency that the delivery of their message needs an update.

“For decades, this museum always had a renewal plan in the process, but it never got off the ground,” Tadmor says in an interview at his office at Beit Hatfutsot’s campus, which sits on the grassy grounds of Tel Aviv University. “And the plans weren’t comprehensive. But then, finally, about 10 years ago, it became clear that we were due for a complete overhaul.”

What happened next was a series of fortunate events – the museum formed a powerful partnership with Russian billionaire Leonid Nevzlin and his enterprising daughter Irina, with the latter now serving as chair of the museum’s board of directors. Around the same time, a committee of political allies including then-Prime Minister Ariel Sharon and former Tel Aviv Mayor Shlomo “Cheech” Lahat successfully lobbied the Israeli government to pass the Beit Hatfutsot Law, which guarantees the institution a lump annual sum of about $1.85 million from the State of Israel.

Combined with an investment that today totals some $20 million from Nevzlin’s Nadav Foundation, Beit Hatfutsot finally had the cash and capital to make its renewal a reality. 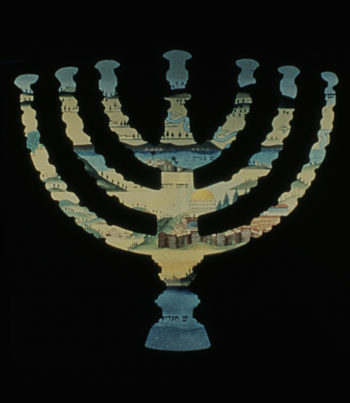 The menorah at the end of the museum’s Return Section, symbolizing the return to Zion. (Courtesy of Beit Hatfutsot)

“It’s always been our goal to promote a sense of belonging through engagement in Jewish identity; a pluralistic, diverse interpretation of what it means to be Jewish,” Tadmor says. “When you look beyond the differences, the commonality is huge. … And when I came in, in December 2012, the wheels were already in motion. The changes in paradigm, the changes to how we tell that story, they were already in place.”

At the center of the museum’s shift is a commitment to making museum visitors an active part of the exhibits. That means abandoning the model of delivering information from the top down and instead embracing a modern, Instagram- and Facebook-inspired concept of facts, opinions and story fragments flowing in both directions.

The first step to including visitors in the story was to ensure that no one was being left on the sidelines. In the globalized 21st century, the division between Diaspora and Israeli Jews, Tadmor explains, has turned fuzzy. People climb aboard jet planes today as simply as they once climbed into cars. They carry multiple passports, they move abroad and reinvent themselves, and via their smartphones and a universe of hashtags, they are tuned into conversations unfolding halfway across the globe.

So the museum’s name itself has changed — while in Hebrew it will still be called Beit Hatfutsot, its name in English will simply be The Museum of the Jewish People. The name change points directly to the broader ideological shift behind its overhaul: What was once a museum meant to explore the non-Israeli Jews of the Diaspora is now a place to celebrate Jews from all across the globe, without reference to borders and specific citizenships.

In addition to a new open-tent philosophy, the museum is rolling out a two-phase overhaul of its physical space. The first installment, which will open in May and be housed in a previously unutilized, newly renovated wing of the current campus, will feature four fresh exhibitions — two permanent and two temporary.

The permanent exhibitions include the museum’s well-known and long-beloved models of world synagogues, now spruced up with technology, video and more modern ways in which Jews congregate around the world (Kabbalat Shabbat at the Burning Man festival, for example, will make a cameo). A kids’ gallery, through which tot-friendly exhibits on Jewish life will rotate, will launch with an exhibit titled “Jewish Heroes” — rather than showing off caped crusaders, the focus will be on the scientists, authors and athletes who have had a supersized impact on Jewish culture.

Debuting in the temporary exhibit halls will be Operation Moses, a full-scale video and photo exploration of Israel’s Ethiopian Jewish community 30 years after being airlifted out from Ethiopia, and a look at the life and legacy of the musician Robert Zimmerman, whom visitors will know better as the legendary Bob Dylan.

In tandem with the physical debut is a rebooted online presence for the museum, including a searchable, archived database of Jewish family names, music and geographical history that visitors can access from their home computers. Amped-up educational materials and one of the world’s most extensive online archives of Jewish-themed photographs will also be rolled out.

After Tadmor and his staff catch their breath from the May opening, they will then gear up for phase two: a complete overhaul of the museum’s current physical space that is slated to be completed in 2018.

Chugging beneath the surface of every phase of the renewal is a concerted attitude shift for the museum. The new space will be not only inclusive and open for all, Tadmor says, but also tell the story in a bright new light.

“We’ve adopted a very optimistic view of what the Jewish people are and what we’ve been,” he says. “We don’t think that Jewish existence is the sum of persecution and killing. … It’s not about ‘oy oy oy.’ Let’s celebrate Jewish identity because there’s so much to celebrate.”