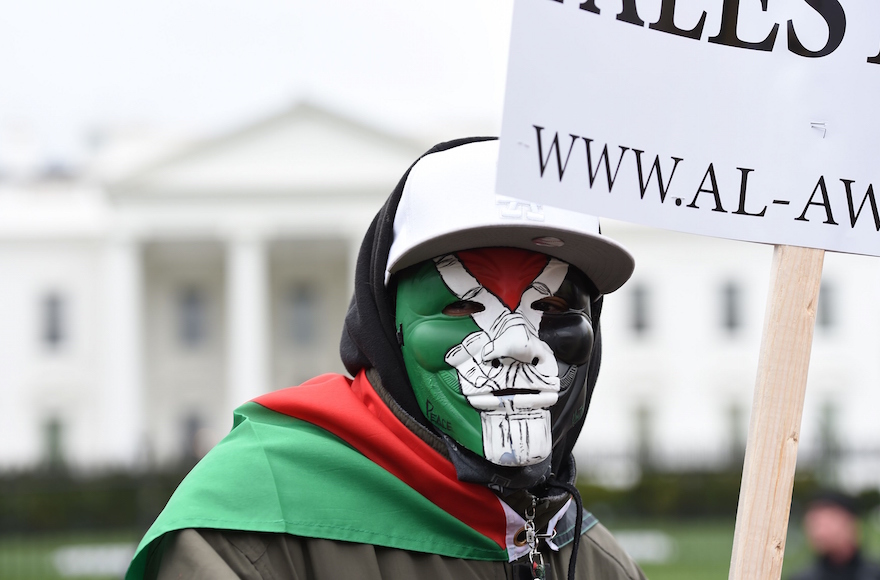 A member of the group Anonymous taking part in a National March on Washington to support Palestine in Washington, D.C., March 20, 2016. (Molly Riley/Getty Images)
Advertisement

Agence France Press reported that the country is on high alert in anticipation of attacks by the international hacker group Anonymous, which targets Israel each year on April 7 as a demonstration of solidarity with the Palestinians.

Since 2013, the group has targeted Israel each year, managing in some years to block government websites, including the ministries of defense and foreign affairs, along with sites of numerous Israeli companies, according to AFP.

“We are prepared for all forms of aggression,” an official from the Shin Bet domestic security agency told AFP. “Israel is well-protected.”

In addition to shutting down websites, Anonymous has stolen data from some and hijacked others to show its own photos and videos.

Dozens of experts from government and private businesses will gather Thursday in Tel Aviv to watch for potential hacking attacks.

According to AFP, there are 430 Israeli companies in the cybersecurity sector, responsible for 8 percent of the global market share.