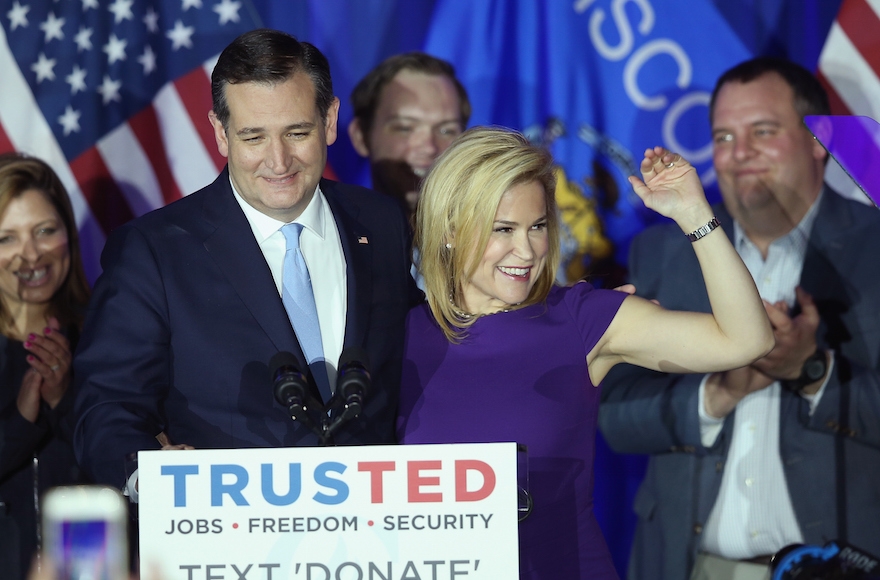 With his win Tuesday, Cruz, a Texas senator, considerably narrowed the likelihood that Trump, the real estate magnate and Republican front-runner in the presidential nomination stakes, will enter the party’s nominating convention in July with a majority of the delegates.

“Tonight is a turning point,” Cruz said Tuesday night in his victory speech in Milwaukee and on Twitter. “It is a rallying cry.”

Trump is still likely to come to the convention in Cleveland with a plurality of delegates, but without an outright winner, the GOP will hold the first contested convention in decades. Delegates are only pledged to their candidates for the first round of voting, and could switch their votes on subsequent ballots.

Cruz defeated Trump, 48 to 35 percent, in Wisconsin. Ohio Gov. John Kasich, the only other Republican left in the race, had 14 percent of the vote.

Making the defeat more pronounced, Cruz beat Trump in what has been until now the front-runner’s favored territory, the industrial North.

The Texas senator in his speech framed his victory as leading to the nomination and then the White House, pledging to name to the Supreme Court judges who would protect religious institutions, specifying among others, Jewish day schools.

“Catholic schools and Jewish schools, Brigham Young [University] and the Little Sisters of the Poor, will see a Supreme Court that protects their religious liberty,” he said.

Little Sisters of the Poor is among the litigants in cases being considered by the Supreme Court against provisions in the Affordable Care Act that require institutions to allow employees access to health care plans that include contraceptive coverage. Orthodox Jewish groups have supported the principle of allowing employers some latitude, for instance in hiring and firing staff, based on considerations having to do with religious precepts.

Cruz also mentioned Israel in his speech and his pledge to abandon the Iran nuclear deal.

“We’ll see a president who stands with Israel, clearly and unapologetically,” he said. “Instead of negotiating with terrorists, we’ll rip to shreds this catastrophic Iranian nuclear deal.”

Trump did not make an appearance, but issued a bitter statement accusing Cruz of coordinating with a political action committee, which would be a crime. Trump did not cite any evidence to back his claim.

“Ted Cruz is worse than a puppet – he is a Trojan horse being used by the party bosses attempting to steal the nomination from Mr. Trump,” the statement from his campaign said.

Sanders, an Independent senator from Vermont, defeated Clinton, the former secretary of state and U.S. senator, 56.6 to 43.1 percent.

The victory lends Sanders momentum, but he is less likely to keep Clinton, who leads substantially with delegates, from coming to the July convention in Philadelphia with a majority of delegates.

Nonetheless, it was the sixth caucus or primary win in a row for Sanders, the first Jewish candidate to win major party nominating contests. He pledged victory with his anti-establishment message.

“Whether we are Muslim or Jewish or Christian, when we stand together whether we are gay or straight male or female, yes we can create a government that represents all of us and not just a handful of wealthy campaign contributors,” he said in Laramie, Wyoming, where Democrats have a caucus on Saturday.

Clinton congratulated Sanders. “Congrats to @BernieSanders on winning Wisconsin,” she said on Twitter. “To all the voters and volunteers who poured your hearts into this campaign: Forward! – H” Signing her message with her first initial is a signal Clinton composed the tweet herself.

The campaigns now go to New York for the April 19 primary in a state that three of the four candidates claim as home: Sanders was born and raised in Brooklyn, Clinton was the senator from the state and still lives there, and Trump was born in Queens and keeps his business headquarters in the city.