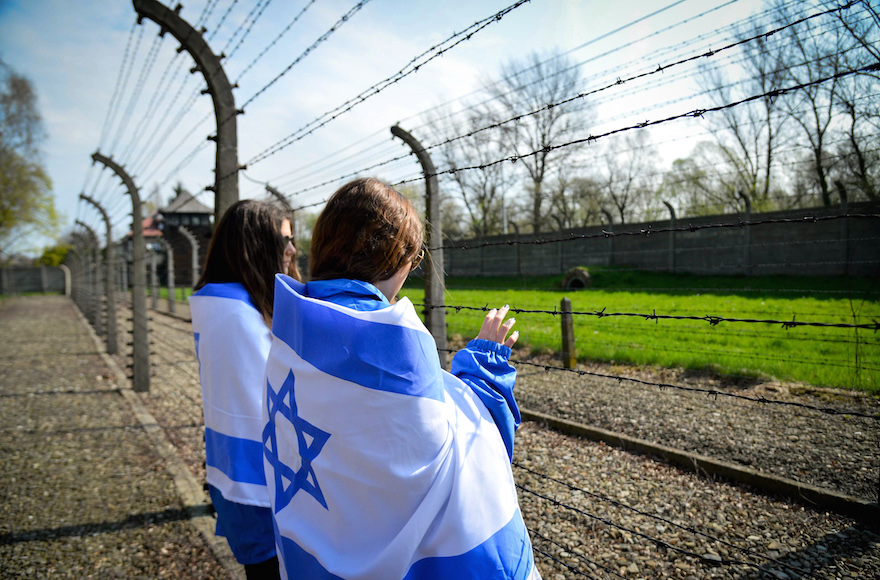 Jewish youth from all over the world participating in the March of the Living at Auschwitz in Poland, April 16, 2015. (Yossi Zeliger/Flash90)
Advertisement

(JTA) — A Tel Aviv high school principal will no longer send pupils on an annual educational trip to former concentration camps in Poland because of its perceived “ultranationalist” influence on the students.

“The trip in recent years is a trip with tendencies that are more belligerent and more suited to the atmosphere and the regime in Israel, which includes hatred of the other and fear of the other,” he added.

Dagani also said the trip to Poland is too “emotionally fraught” for teenage students. In addition, he explained that only about half of the school’s students now participate in the trip, making it a “trip for the rich” who can afford it.

Since the 1980s, high schools throughout Israel have sent students on a weeklong tour of former Nazi concentration camps and Jewish ghettos in Eastern Europe. The Herzliya Hebrew Gymnasium, a historic high school founded before the city of Tel Aviv in 1905, will instead institute a Holocaust education program. Dagani said about 30 percent of the school’s history program will focus on the Holocaust and students will meet with Holocaust survivors.

“We will all go together on a five-day trip throughout the country and learn about Israeli phenomena, some of which resulted from the Holocaust,” he said.

According to Haaretz, only a few other Israeli high schools have decided to cancel the trips in favor of other programs in recent years.