Hillary Clinton: Differences with Israel would be dealt with in private 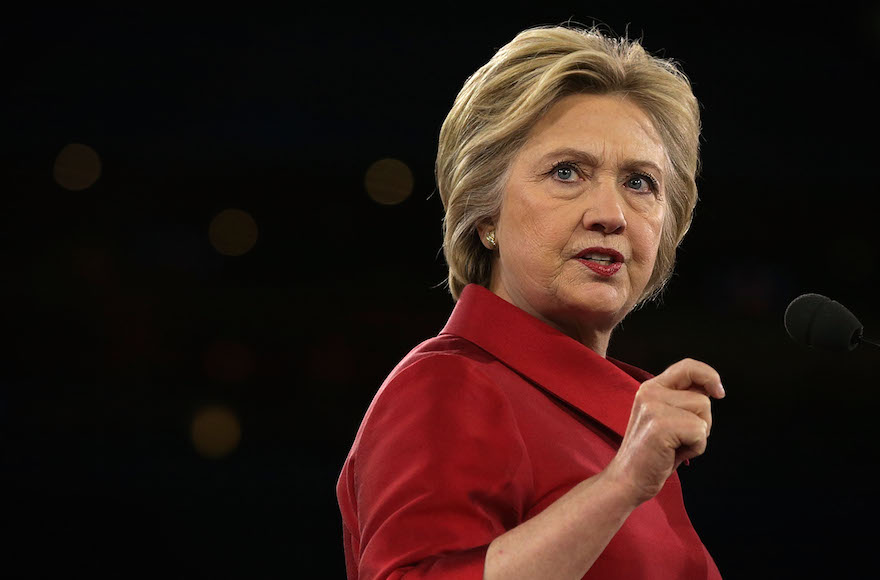 WASHINGTON (JTA) — Hillary Clinton said that as president, she would handle disagreements with Israel “in a respectfully and preferably private way” — a rare dig at how President Barack Obama handled the relationship.

“I think any disputes or disagreements should be handled in a respectfully and preferably private way, so we don’t give any aid and comfort to Israel’s adversaries or drive any wedges between us,” Clinton said in an extensive interview with the editorial board of the New York Daily News posted online Monday ahead of the April 19 primary in New York.

It was a contrast with Obama, who has said he believes it is healthy to air in public some differences with allies. Obama and Israeli Prime Minister Benjamin Netanyahu have clashed over the Iran nuclear deal and the path toward Israeli-Palestinian peace.

Clinton, the front-runner in the bid for the Democratic presidential nomination, has otherwise hewed closely to the policies of Obama, whom she served in his first term as secretary of state and who remains popular among Democrats.

She said in the interview that like Obama and others before him, she saw settlement expansion as “not helpful” and that she would continue the policy of maintaining Israel’s qualitative military edge in the region.

Her rival for the nomination, Sen. Bernie Sanders, I-Vt., also spoke at length with the editorial board last week. He also expressed strong support for Israel, but his remarks on what he called Israel’s disproportionate response during the 2014 Gaza war stirred controversy.