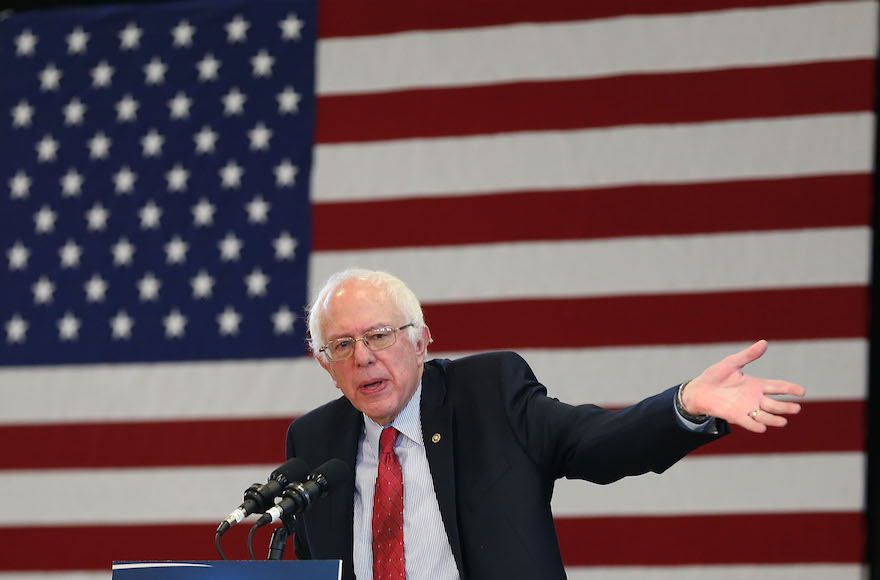 (JTA) — Democratic presidential candidate Bernie Sanders tops the Time 100 readers’ poll of newsmakers who have appeared on the magazine’s cover and in its feature stories.

Sanders garnered 3.3 percent of the yes votes in online balloting over the past three weeks, the magazine said Thursday, a day after the voting ended. The Jewish Vermont senator was well ahead of his rival for the Democratic nomination, Hillary Clinton, who had 1 percent.

Time said Sanders led the poll from the start.

The readers’ poll runs in parallel with the selection of the Time 100 — an annual list of who the magazine’s editors believe are the most influential people in the world. It will be announced on April 21.