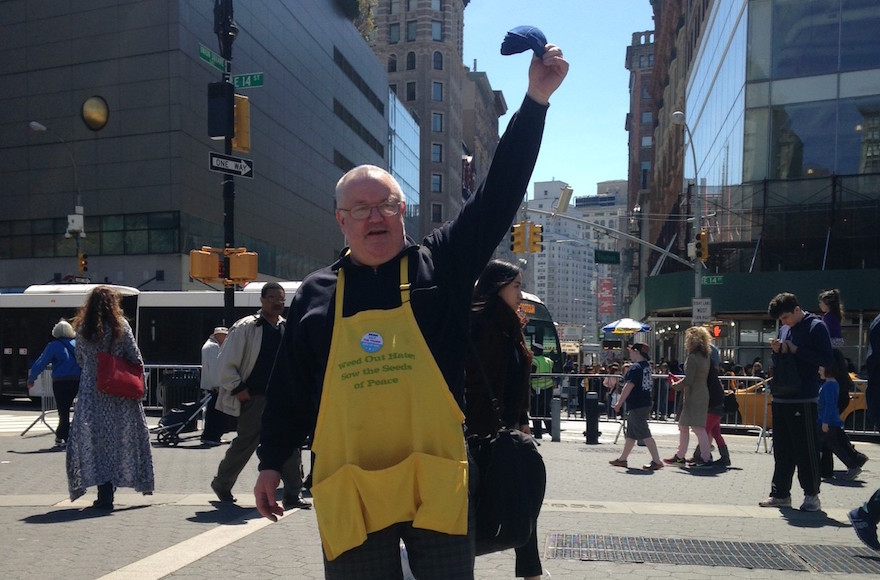 Donald Trump’s brand is taking America by storm. Bernie Sanders supporters are rising up in the streets.

Such is the state of the presidential candidate kippah business, according to Marc Daniels. The Jewish-head-covering tycoon has been selling kippahs online and at campaign rallies for months, but the whims of the electorate remain a mystery to him.

“It’s strange there’s such a disparity,” he said, unable to offer a definitive explanation.

On Daniel’s website, Trump trumps everyone, with 203 kippahs sold. Sanders, the Independent senator from Vermont running as a Democrat, is a distant second (77), followed by his rival, former Secretary of State Hillary Clinton (31).

At rallies, on the other hand, Sanders supporters are the biggest buyers. Daniels sold out of all 20-some kippahs he brought Saturday to the Millennials March for Bernie event in lower Manhattan. By contrast, he could barely unload three Clinton kippahs at a recent get out the vote event for her campaign.

Daniels first realized how much Sanders supports were feeling the kippah burn when he sold 30 head coverings at a March 12 rally for the Jewish candidate in Bloomington, Illinois.

“With Bernie, Jewish or not, people want to identify with the Jewish guy,” he said.

At the AIPAC confab in Washington, D.C., Daniels sold 10 Trump kippahs, and had to turn down requests for about 40 more after running out. Clinton came in next at 15, then Sanders at 10 and Cruz at 5.