Paul Ryan, out of the running for president, asks to be seen as foreign policy maven 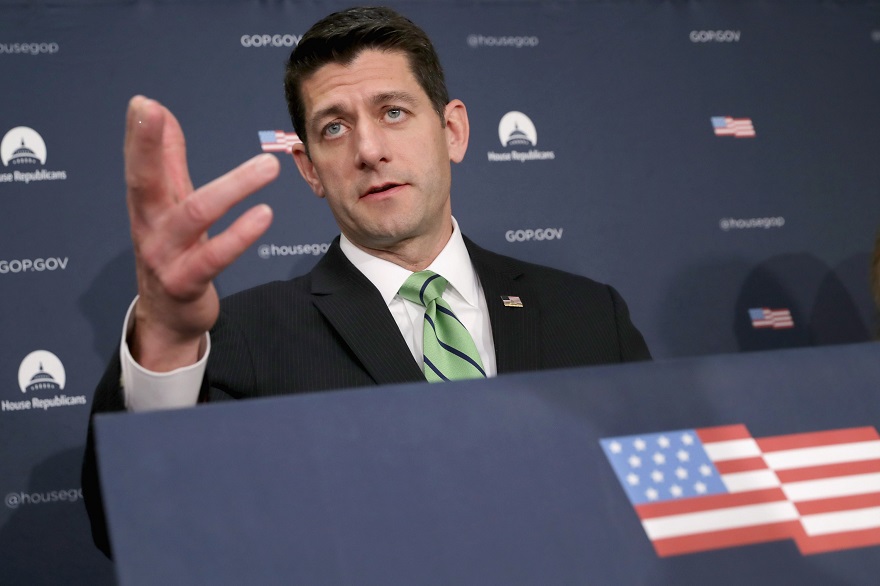 WASHINGTON (JTA) — Paul Ryan wants you to know he’s not running for president, he’s no fan of the Obama doctrine and he’s not a neoconservative.

What the Wisconsin congressman wants to be, he suggested at an April 14 breakfast in his Capitol Hill offices with foreign policy reporters, is the leader of the Republican Party, especially when it comes to corralling seemingly incompatible foreign policy visions that have in this wild election year threatened to rip his party to shreds.

Ryan expounded on his vision a week after his first visit to the Middle East as speaker of the U.S. House of Representatives. There he met with leaders of Jordan, Egypt, Saudi Arabia and Israel.

Ryan sounded familiar notes on Israel, saying the United States must frustrate any Palestinian attempt to obtain statehood through the United Nations. He backs extending and expanding the defense assistance agreement with Israel, but said that was a matter right now for negotiations between the Obama administration and Prime Minister Benjamin Netanyahu’s government. He has tasked top members of Congress with smoothing defense assistance to Israel and other allies, calling the process right now “sclerotic.”

The main concerns of the leaders he met were Iran’s post-nuclear deal behavior and the threat to the region posed by the Syrian civil war.

“Everybody talks about the Iran deal, of course, there’s a lot of concern about backsliding on sanctions,” he said. He was referring to reports that the Obama administration planned to make it easier for Iran to trade in dollars. Obama administration officials have denied the reports.

He also said there were concerns about how Iran would use the money to expand its influence in the region.

“Most people are concerned about the cash they’re going to get perhaps in dollar-denominated forms and how that will fund their ambitions in a way that will come at the expense of our allies in the region,” he said.

His main theme, however, was that America is waning in power and influence.

“Who else is going to lead the world?” Ryan asked.

His principle target was President Barack Obama, but he took aim at the Republican presidential front-runner, Donald Trump,  and implicitly criticized Sen. Ted Cruz, R-Texas, who is gaining on Trump. He also rejected the neoconservative doctrines that guided the first term of President George W. Bush.

Ryan has emphatically ruled out being drafted to be the Republican candidate in November at his divided party’s nominating convention. But in the interview, the speaker made clear that he wants to fill a vacuum created by the primaries season, which likely will see no clear winner emerge at the Cleveland convention in July.

He struck a middle ground between the sharp isolationism emerging from the Cruz and Trump campaigns and the robust interventionism of the Bush administration.

Those remarks were evidence that the notion that the Bush’s Iraq War was misbegotten, until last year confined to the margins of the party associated with Sen. Rand Paul of Kentucky and his congressman father, Ron, is now ensconced in the establishment.

That meant sustaining alliances with strongmen like Egyptian President Abdel Fattah el-Sisi while seeking to influence democratization through the projection of “soft power,” like trade agreements and promoting democracy projects, a posture that Cruz has rejected.

Ryan faulted Obama for what he said was a reduction of the U.S. defense profile overseas.

“The U.S. has an important role to play in help keeping the global commons safe,” he said.

Ryan said his role as chairman of the Budget Committee had precluded him from joining committees that dealt with foreign policy that he otherwise would have enjoyed, including Intelligence and Foreign Affairs.

“One of the most exciting parts of this new job I wasn’t planning on taking was being involved in foreign policy,” said Ryan, who was cajoled last year into the speakership after Rep. John Boehner, R-Ohio, stepped down, frustrated at trying to keep the party’s conservative wing from shutting down the government.

Ryan also made it clear that he had presented himself to Middle East leaders as an alternative to the vacuum he posited that was being left by the Obama administration and to Trump’s disdain for traditional alliances, including with NATO.

“Our allies are concerned that America is experiencing lethargy, fatigue,” he said. “My goal was to reassure them how important our strategic alliances are.”

He also sounded a warning suggesting that defense assistance to allies could be susceptible to budget restrictions. Ryan is seeking rollbacks on entitlement funding as a means, in part, of maintaining a robust U.S. defense profile.

“Our budget is constrained because we’re not dealing with mandatory spending,” he said. “We have shrinking space for discretionary spending.”

Regarding Syria, Ryan said Obama’s extensive interview in this month’s Atlantic Monthly with journalist Jeffrey Goldberg set off alarm bells. The speaker said leaders recited passages of the piece back to him verbatim.

Without providing details, Obama in the piece defends a policy that he has defined as “don’t do stupid stuff,” particularly regarding his decision in 2013 not to strike Syria for its use of chemical weapons, despite having pledged to do so.

“Our allies needed a reassurance that we value these friendships and these partnerships,” Ryan said.

Ryan said Trump’s broadsides against Muslims also concerned foreign leaders, including in Israel, and he spoke out at the time to tamp down the fires the remarks were stoking in the Muslim world.

“Everybody pays attention to our politics,” he said. “When he proposed the Muslim immigration ban, that really got under my skin.”