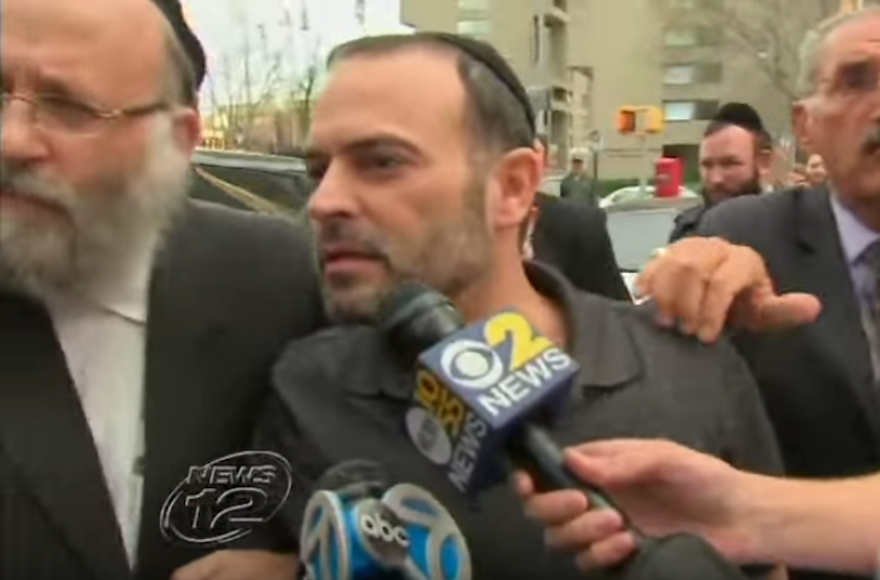 NEW YORK (JTA) — A former leader of an Orthodox volunteer security patrol in Brooklyn has been charged in federal court with bribing New York police officers to “expedite” gun permit applications for members of the Orthodox community.

Alex “Shaya” Lichtenstein was indicted on bribery and conspiracy charges Monday after an officer in the New York Police Department’s License Division allegedly confessed that he and a supervisor had accepted bribes from him, according to the New York Post.

The Forward reported that Lichtenstein — who was arrested Sunday at his home in Rockland County, a heavily Orthodox region an hour north of New York City — is the former coordinator of the Borough Park-based Shomrim security patrol. Citing court papers, the Forward said that at the time of his arrest, Lichtenstein was carrying an NYPD detective’s shield bearing the word “liaison” even though he is not an official NYPD liaison.

Shomrim’s current coordinator told the Forward that Lichtenstein stopped being coordinator after he moved to Rockland County, but could not say how long it had been since Lichtenstein was a Shomrim member.

Court papers say Lichtenstein was secretly recorded last week boasting about how his police connections had enabled him to secure 150 gun licenses. He reportedly offered another police officer $6,000 per gun permit after fearing that the FBI was cracking down on the officers who had previously helped him.

According to court papers, Lichtenstein was at the License Division “on a near daily basis” beginning in 2014.

Lichtenstein was released Monday on $500,000 bond.

Last week, several media outlets reported that Rechnitz used his political connections with the NYPD to secure $655,000 in city funding for a police training seminar conducted by the Simon Wiesenthal Center’s Museum of Tolerance.