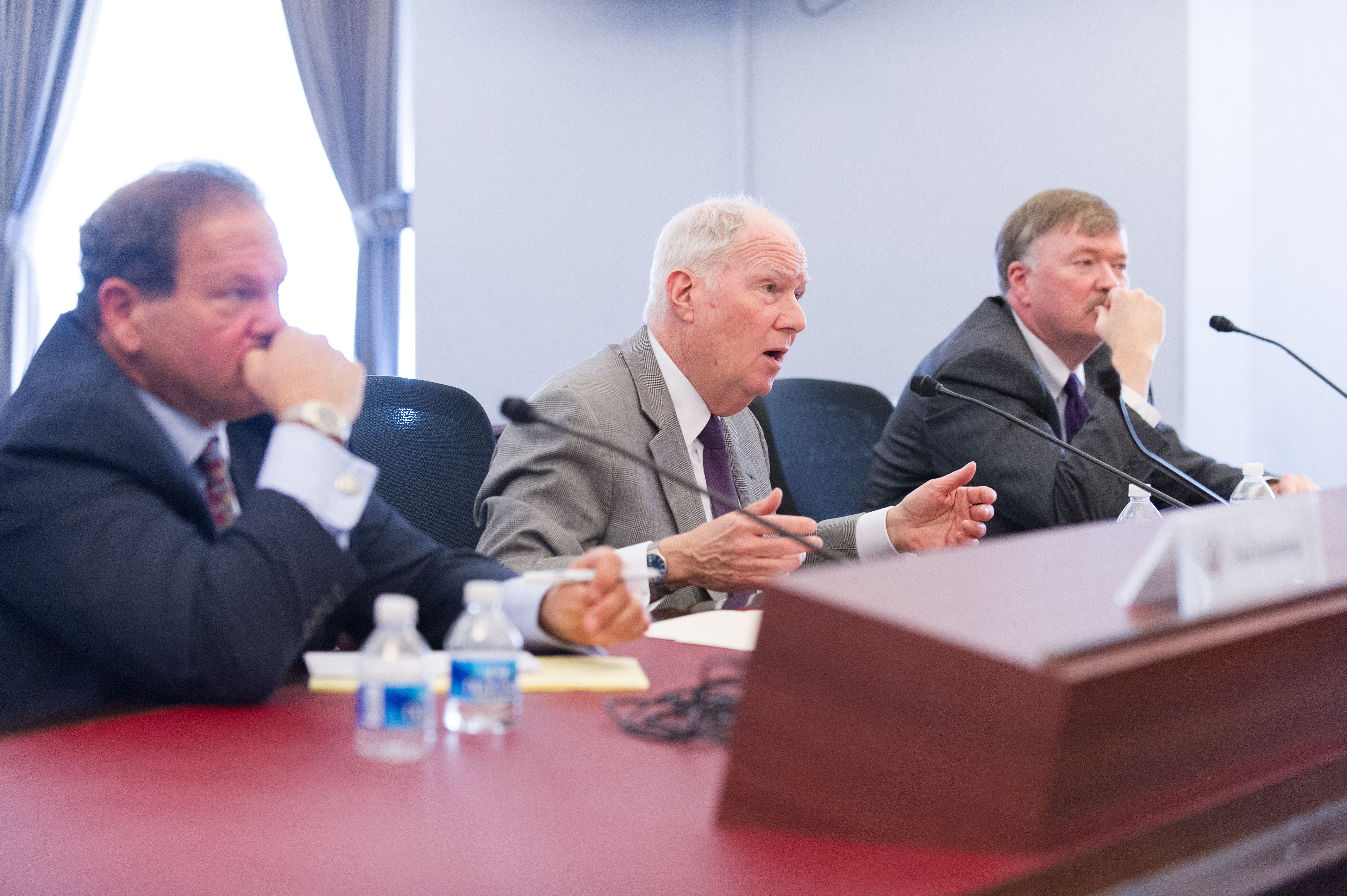 WASHINGTON (JTA) — A congressional human rights commission heard testimony from experts on how Islamic radicalization in Europe has ramped up risk for Jewish communities.

“ISIS especially hates the Jewish people and has instructed its followers to prioritize killing them,” Rep. Chris Smith, R-N.J., the chairman of the U.S. Helsinki Commission, said Tuesday, launching the hearing he called in the wake of recent attacks in Europe, and referring to the Islamic State terrorist group behind some of the recent major attacks in Europe.

“The situation on the ground has become dire, the challenge to the Jewish communities has become nothing less than existential,” he said. “Many stalwart [Jewish] leaders have become ambivalent about remaining in Europe at all.”

Paul Goldenberg, the director of the Secure Communities Network, an initiative of the Jewish Federations of North America, described a continuum of anti-Semitic violence over the last 20 years from attacks originating in right-wing extremism to those carried out by militant Islamists.

“In the span of two decades, we’ve moved from swastikas on buildings, the desecration of graveyards and simple assaults as well as long-standing institutionalized anti-Semitism to brutal violence, commando-style shooting attacks and even suicide bombings on the streets of Europe by battlefield-trained terrorist cells and organizations,” he said.

The experts, answering questions from Democrats and Republicans on the panel, identified the failure of European law enforcement agencies to fully coordinate and engage with Muslim communities as factors hindering bids to prevent attacks.

Farmer said he and Goldenberg would travel to Copenhagen and Brussels soon to meet with authorities and “explore concrete ways in which we might assist the Jewish and other vulnerable communities and law enforcement in working together to enhance public safety.”

Rabbi Andrew Baker, the top official dealing with anti-Semitism at the Organization on Security and Cooperation in Europe, said the reluctance of European authorities to identify anti-Semitism imported from the Middle East as being as toxic as indigenous ultranationalist anti-Semitism was also frustrating treatment of the violence.

“It has eroded the day-to-day sense of comfort and security for many European Jews,” said Baker, who is also the American Jewish Committee director of international affairs.

Jonathan Biermann, a former adviser to the Belgian government on anti-Semitism and intolerance, among other issues, counseled the adoption of the U.S. Department of Homeland Security’s “see something, say something” initiative, which promotes awareness of terrorism warning signs among civilians.

“The collaboration with law enforcement agencies has to be based on trust and confidence, in respect of international laws and rules protecting individual freedom, civil liberties and privacy,” Biermann said.

Helsinki commissions are parliamentary bodies affiliated with the OSCE that monitor human rights.