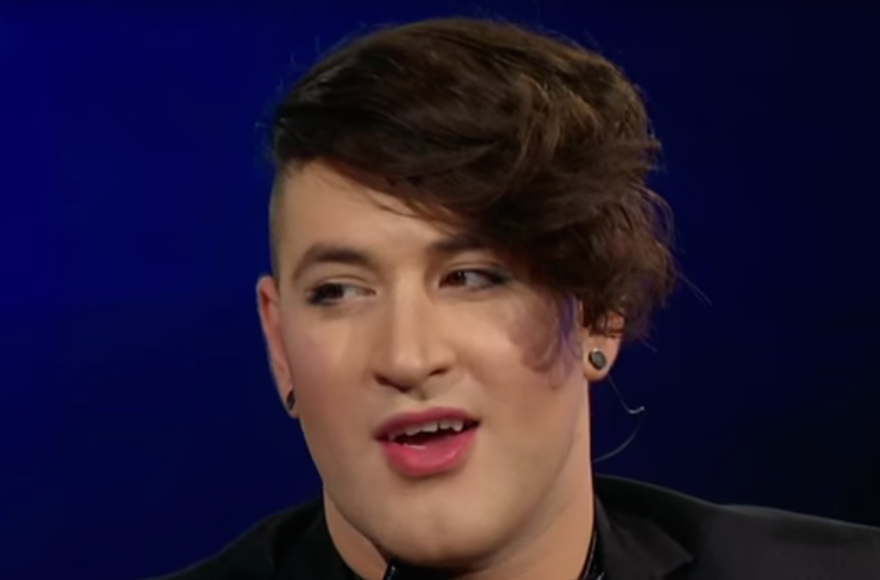 (JTA) — Israel’s entrant to the Eurovision Song Contest said he was harassed by Russian border control officers while traveling to Moscow for a preview event, saying it was because he is gay.

The incident took place a couple weeks ago, but Hovi Star spoke about it on Friday during a television interview on the Maltese television station TVM.

“Maybe people in Moscow have a rough time with people like me, maybe because I’m gay, maybe because I dress like this, maybe because I wear makeup, I don’t know,” he told the interviewers. “But when I wanted to get into Moscow, I had problems with passport control. They told me I can’t go in, they looked at my passport, they ripped my passport and then they laughed at me.”

Star’s song for the contest, “Made of Stars,” reportedly is popular in Malta.

Following the incident, Star was issued a new passport by the Israeli consulate in Moscow.

The incident became public when the Spanish contestant to Eurovision, Barei, who witnessed the incident, spoke about it during an interview on Spanish television. Barei railed against Russia over the treatment of Star.

“It’s amazing that this happened in the Eurovision bubble. My song talks about equality. It talks about how everybody is the same,” Star said in Malta.

He added that he had visited Russia previously and liked the country, and has received an outpouring of support in the wake of reports of the incident.