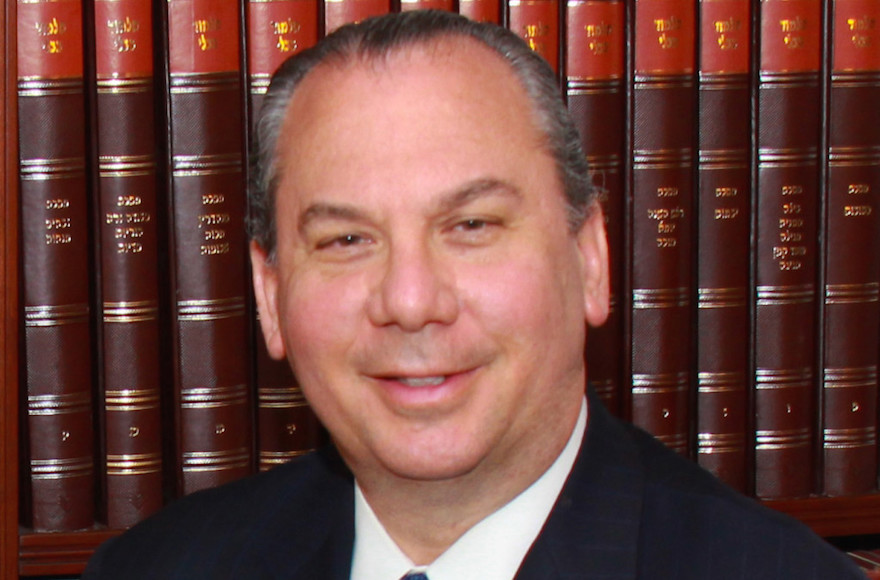 (JTA) — Rabbi Marc Schneier, one of New York’s higher-profile spiritual leaders, is resigning from The Hampton Synagogue in Westhampton Beach after 26 years.

In a letter emailed to congregants earlier this month, Schneier, 57, went public with his decision to step down this summer from the Orthodox synagogue he founded. In the letter, the rabbi said he “wants to dedicate more time and resources to my work to strengthen relations between Muslims and Jews.” The New York Jewish Week published the letter on its website.

“I will continue to be a part of our community, as you all have a very special place in my heart,” the letter also said.

The rabbi told The Jewish Week he will remain in New York and not move to Israel, saying he had unspecified “professional opportunities” in the private sector that he planned to pursue.

In an interview with JTA, Schneier denied a New York Post article, which appeared Sunday, reporting that Schneier resigned “under pressure from well-heeled synagogue members threatening to withhold pledges and payments until he was off the pulpit.”

The Post article was an “outrageous, libelous lie,” said Schneier. “Sixteen months ago I informed the trustees of my congregation of my decision, 26 years after founding the synagogue, to move on to new challenges, new pursuits and to strengthening Muslim-Jewish relations.”

Schneier shared with JTA a letter to the Post from synagogue president Carol Levin, saying “Rabbi Schneier was not in any way dismissed or forced from his position at our Synagogue.”

“Like every one of us, he is flawed,” Levin’s letter continued. “Unlike other sanctimonious leaders who want us to believe they are spotless, Rabbi Schneier lived his life — the good and not good — before us in plain view.”

Last June, Schneier was expelled from the Rabbinical Council of America following an ethics inquiry into his behavior prompted by reports in the New York tabloids that he had had an extramarital affair with a woman, Gitty Leiner, who in 2013 became his fifth wife.

He divorced his fifth wife, with whom he has a daughter, in 2015.

Schneier gained prominence not only for the exploits that have landed him on newspaper gossip pages but also for running celebrity-filled programs for his wealthy synagogue community in the Hamptons on Long Island. He also presides over the Foundation for Ethnic Understanding, an organization devoted to bridge building between Jews and other ethnic groups such as blacks and Muslims. Russell Simmons, an eminent music producer and hip-hop impresario, chairs the foundation.

A new rabbi will take over in January 2017, Schneier said in his letter to congregants, following a search that will bring “Nationally acclaimed rabbinic candidates (to) spend several Shabbatot with us in July and August so that together we will choose my successor and determine the future of our community.”