White House: We’re prepared to make the largest ever military pledge to Israel 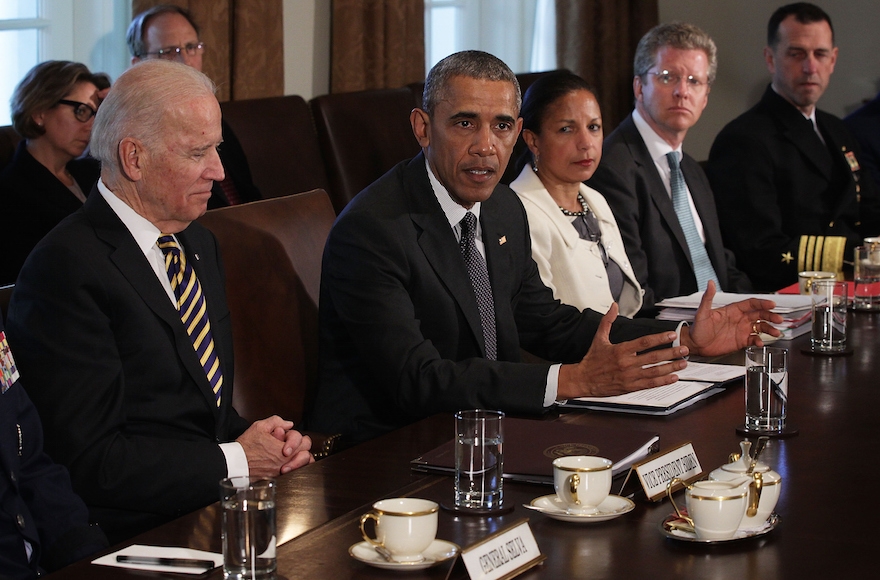 WASHINGTON (JTA) — The White House said it is prepared to commit to the “largest single pledge of military assistance to any country in U.S. history” in its defense assistance talks with Israel.

A White House official made the statement to JTA in response to a letter sent Monday by 83 U.S. senators to President Barack Obama urging him to substantially increase defense assistance to Israel.

“We have been holding intensive discussions with Israel aimed at concluding a new 10-year Memorandum of Understanding on security assistance to follow the current MOU worth $30 billion, which will conclude at the end of FY 2018,” the official said.

“We are prepared to sign an MOU with Israel that would constitute the largest single pledge of military assistance to any country in U.S. history,” the official said. “And we are ready to do this even though we are operating in a particularly challenging budget environment that has necessitated cuts on federal spending across a wide array of programs.”

The official told JTA that discussions are continuing and “we remain hopeful” the sides can reach agreement.

It’s not clear what is obstructing the conclusion of talks over the memorandum. Reports have said that Israeli Prime Minister Benjamin Netanyahu’s government wants as much as $5 billion per year over a 10-year period, while the Obama administration reportedly is prepared to reach close to that amount if it includes missile defense cooperation, which is now considered separately and amounts to nearly $500 million.

Netanyahu has walked back earlier comments saying he was willing to wait until a change in administration due to take place in January. Sen. Lindsey Graham, R-S.C., an author of the Senate letter, had advised the Israeli leader recently to conclude a deal quickly.

Sen. Ben Cardin, D-Md., the senior Democrat on the Senate Foreign Relations Committee, said last week that complications over how to incorporate the missile defense cooperation might be causing hitches.

“My assessment is it’s that part, which has never been negotiated in an MOU,” he told reporters.