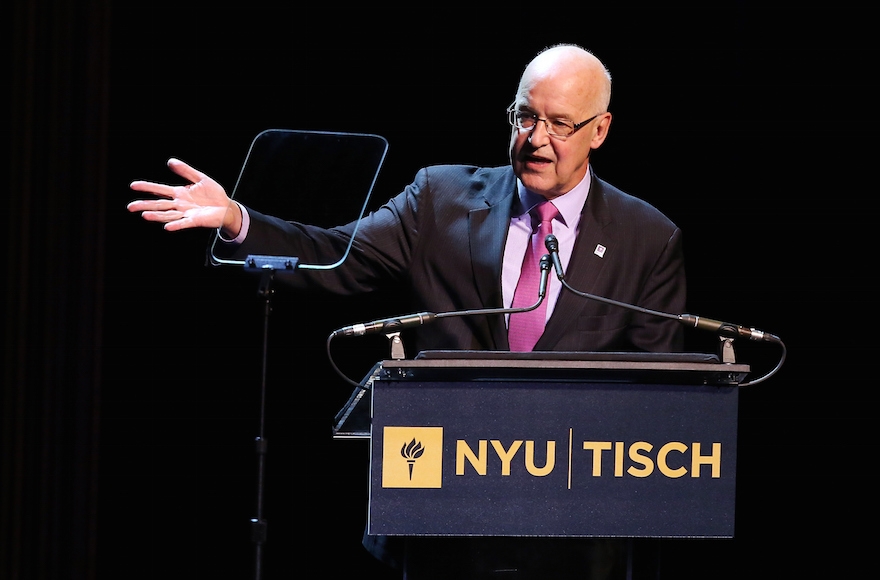 NEW YORK (JTA) — The president of New York University said the school will not acquiesce to its graduate student union’s recent demand that the university cut its Israel ties.

“A boycott of Israeli academics and institutions is contrary to our core principles of academic freedom, antithetical to the free exchange of ideas and at odds with the University’s position on this matter, as well as the position of [the student group]’s parent union,” Andrew Hamilton said Monday in a statement.

“NYU will not be closing its academic program in Tel Aviv, and divestment from Israeli-related investments is not under consideration,” the statement continued. “And to be clear: whatever ‘pledges’ union members may or may not have taken does not free them from their responsibilities as employees of NYU, which rejects this boycott.”

The graduate student union approved a resolution Friday calling on NYU to close its program at Tel Aviv University, which it alleges violates the NYU anti-discrimination policy. The resolution also calls on the union’s parent union, the United Auto Workers, to divest from Israeli companies. Fifty-seven percent of the 600 union members voting Friday also took a personal pledge to boycott Israeli government and academic institutions.

The union represents more than 2,000 graduate students and research assistants at the private university; 600 people participated in Friday’s vote, with two-thirds in favor of the resolution. The vote occurred just hours before the start of Passover.

In a statement Tuesday, the Anti-Defamation League praised the university “for unequivocally denouncing” the union’s “ill-conceived resolution.”

“Other universities in New York facing similar resolutions should follow NYU’s appropriate condemnation by sending a strong message that BDS campaigns on campus hinder any productive dialogue regarding the highly complex Israeli-Palestinian conflict, and create unnecessary divisions among students,” the ADL statement said.