A fresh crop of Jewish books for spring 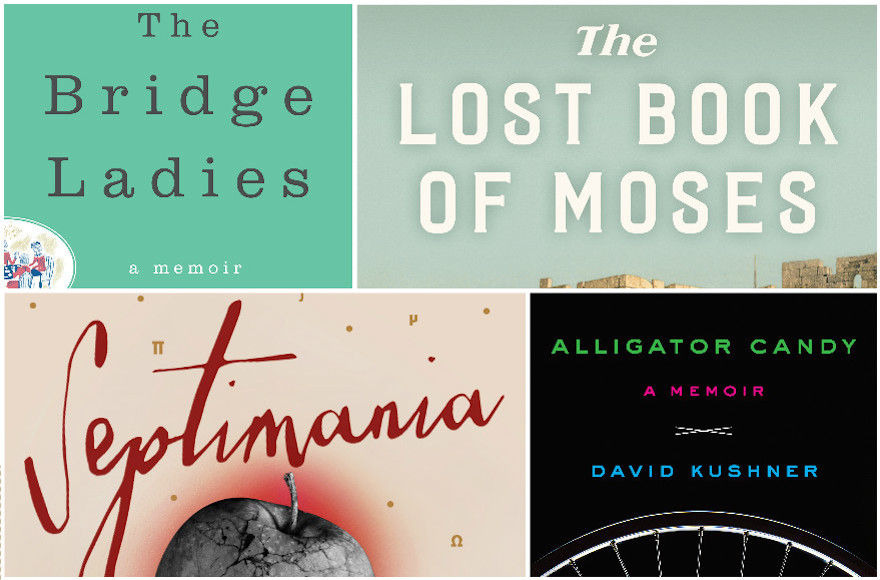 (JTA) — Spring — when nature itself seems to reawaken — is a time for renewal. Indeed, Jewish tradition teaches that Passover is a holiday of rebirth, a second new year. So it’s probably a good idea to spruce up your bookshelf (or e-reader or audiobook app), no? Here are ten Jewishy suggestions to rejuvenate your reading. 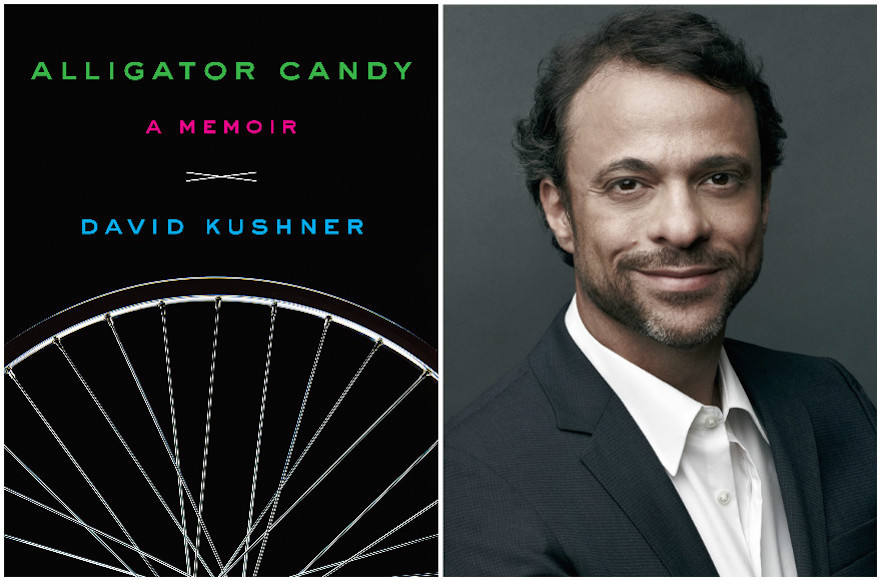 If every life has a defining moment, David Kushner’s is too painfully easy to pinpoint: Raised in an observant Jewish home in Tampa, Florida, the Rolling Stone contributing editor and Princeton journalism professor was just 4 when he watched his older brother, Jon, bike off to buy them some Snappy Gator Gum — never to return. “Alligator Candy” is Kushner’s attempt, prompted by the parole of one of the two men convicted of Jon’s murder, to process a lifetime of remembering and searching for answers. It’s a reckoning for which he and his family often draw on the strength of their Jewish faith and community.

As Close to Us as Breathing (Lee Boudreaux Books/Little, Brown & Company)
By Elizabeth Poliner 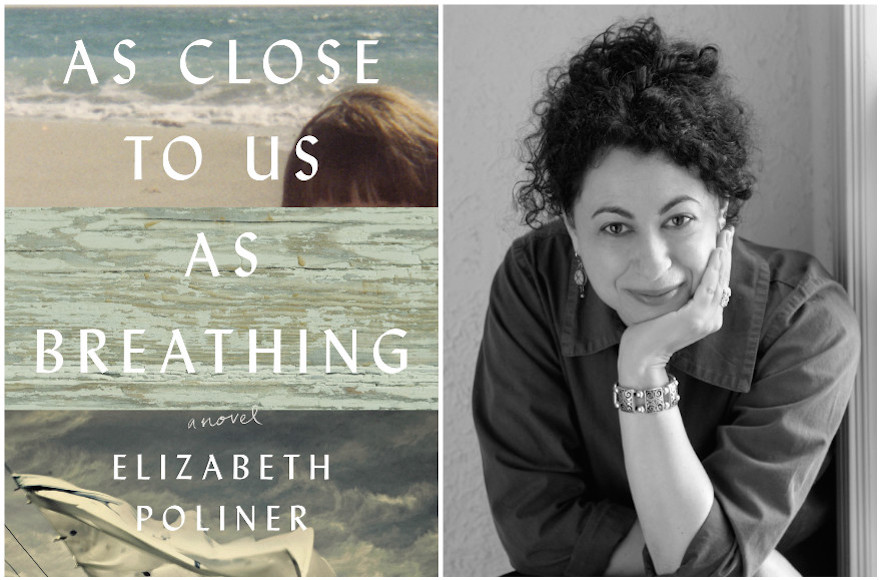 “As Close to Us as Breathing: A Novel,” by Elizabeth Poliner (Sandy Kavalier/Lee Boudreaux Books)

The latest effort from novelist and poet Elizabeth Poliner is a multigenerational epic that covers nearly a century but centers on one tragic summer — specifically 1948 — in a predominantly Jewish shoreline retreat in Connecticut known as “Bagel Beach,” where three sisters and their families share a cottage. As told by Molly, 12 at the time, a horrible accident shatters the idyll, and sets in motion a lifetime of grief and guilt for this tight-knit, religious family. Beyond exploring the inner lives of one vivacious and volatile clan, Poliner’s novel warmly captures the pivotal, post-Holocaust period when American Jews found themselves so intensely wrenched between ancient custom and modern opportunity. 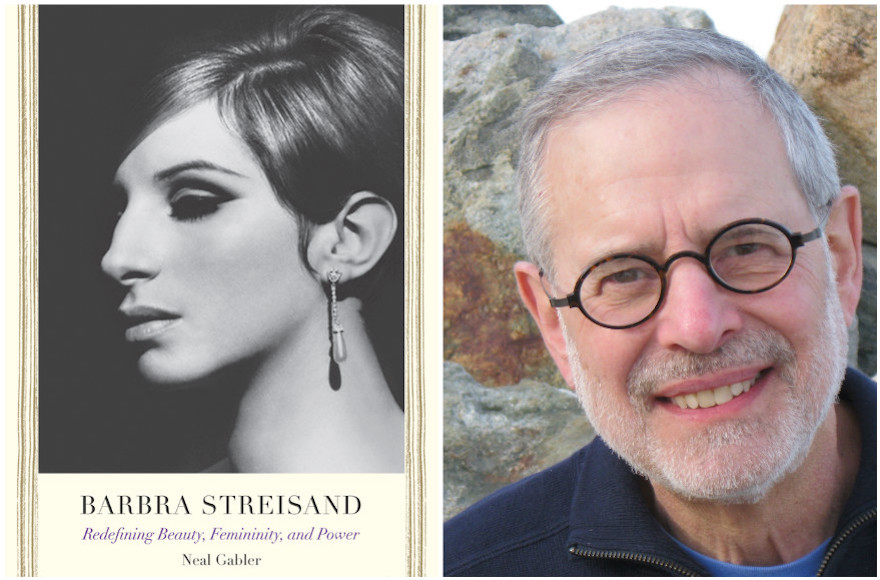 It’s no secret that Barbra Streisand — a cultural icon who transcends show business — is Jewish. Yet of the many profiles and biographies dedicated to her, this might be the first that so intensely examines her life and illustrious career through the prism of her Jewish identity. Neil Gabler, an award-winning journalist, historian and film critic, argues that the celebrated singer-actress-producer-director — at first dismissed and even detested for “acting too Jewish” and “looking too Jewish” — would brilliantly play her Jewishness into a symbol for outsiderness. As such, Gabler writes, she isn’t merely one of the world’s most talented and successful performers, but an “avenger for anyone who felt marginalized and powerless.”

The Best Place on Earth (Random House)
By Ayelet Tsabari 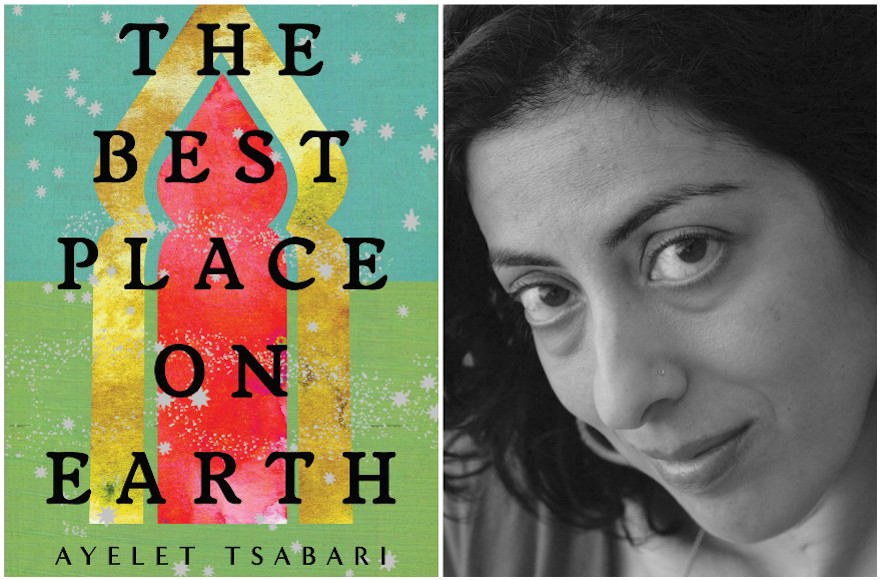 Having already won a number of awards and drawn comparisons to the early work of Jhumpa Lahiri, Ayelet Tsabari’s debut collection of short fiction packs an emotional punch. With settings that range from Israel to India to Canada, the 11 stories largely focus on the strivings of Israel’s Mizrahi Jews and their relationships with one another and the surrounding society, from mothers and siblings to soldiers and bohemians. From moments of love to explosions of violence, the clash between tradition and modernity — along with the burning desire to belong — is the collection’s common cauldron. 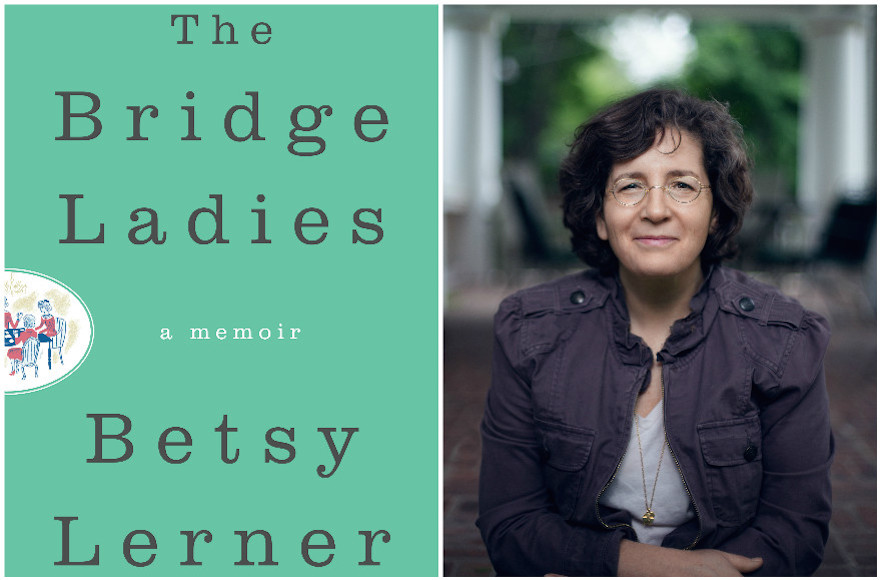 “The Bridge Ladies: A Memoir,” by Betsy Lerner (Ian Christmann/HarperCollins)

“Facebook may connect us across the world and throughout history, but it won’t deliver a pot roast.” It’s with this bittersweet reflection on lost connection that Betsy Lerner, a poet and literary agent, introduces the group portrait of the five members of her mother’s 50-year-old weekly bridge game. Over the course of many Monday afternoons, the author finds common ground with these ladies she had known for decades but only at a distance, learning a little about bridge and a lot about life and loyalty — much of it funny, some of it heartrending. Bridge, of course, becomes the memoir’s ultimate metaphor, as Lerner finds in the experience a way to cross the long-lingering personal divide between mother and daughter.

Don’t Let My Baby Do Rodeo (HarperCollins)
By Boris Fishman 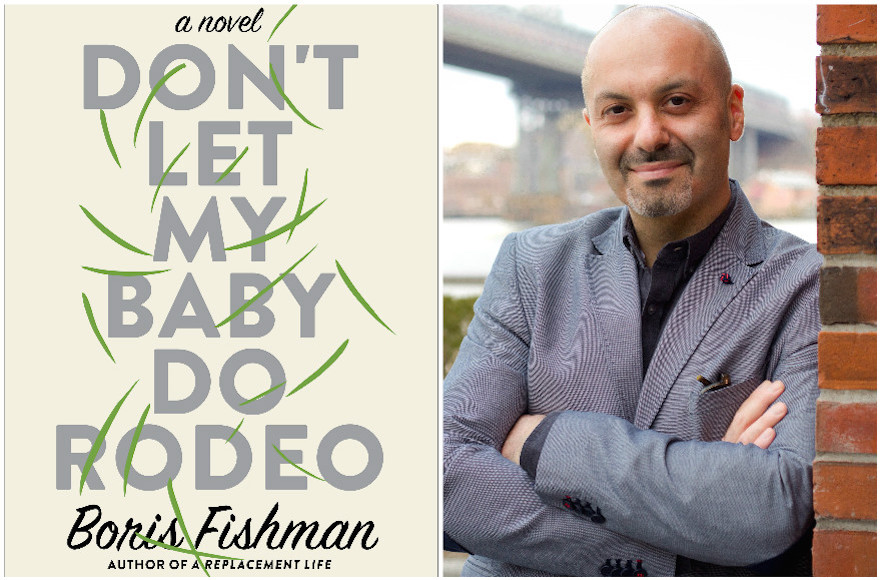 When their 8-year-old adopted son, Max, turns “feral”— consorting with wild animals, eating grass — Maya and Alex Rubin venture west of New Jersey for the first time in their lives to track down Max’s birth parents in Montana. Fishman’s novel intertwines the journey narrative with the story of how Maya, an ambitious Ukrainian exchange student, and Alex, the somewhat spoiled son of Russian immigrants, met 20 years earlier. The result is a touching portrayal of a marriage and family, as well as a meditation on what it means to dream, to sacrifice and to fit in. This is Fishman’s second novel following his celebrated 2014 debut, “A Replacement Life.”

The Lost Book of Moses: The Hunt for the World’s Oldest Bible (Ecco/HarperCollins)
By Chanan Tigay 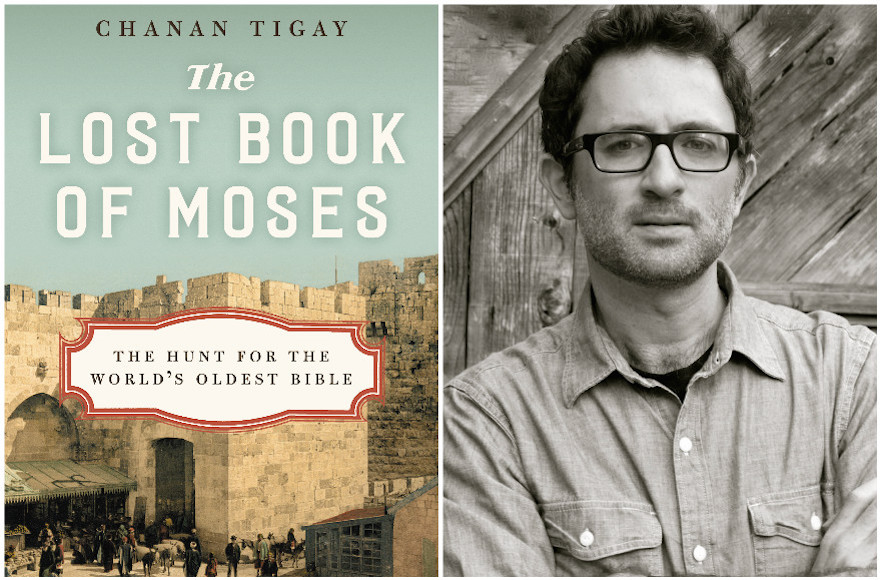 “The Lost Book of Moses: The Hunt for the World’s Oldest Bible,” by Chanan Tigay (Molly Antopol/HarperCollins)

Anyone who is a fan of adventure, history, mystery, archaeology or biblical criticism will have at least one reason to enjoy this nonfiction thriller. In the summer of 1883, an artifact hunter named Moses Wilhelm Shapira made international headlines by claiming to have discovered the oldest copy of the Bible in the world. He was soon accused of forgery and, scandalized, took his own life. The thing is, archaeologists now believe Shapira’s manuscript was real, perhaps the first Dead Sea Scroll — if only they could find it. Chanan Tigay, an award-winning Jerusalem-born journalist and son of a prominent biblical scholar, journeyed to eight countries on four continents over the last five years in his own obsessive hunt for the manuscript and the secrets of the man who uncovered it. 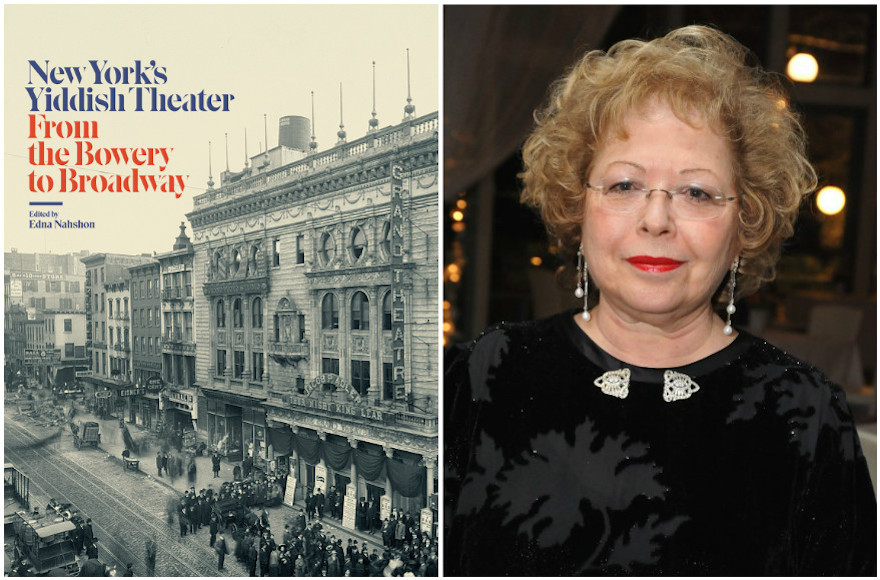 A century before “Hamilton” made a certain immigrant hip again, there was a vibrant and groundbreaking New York theater scene created entirely by and for immigrants — the Eastern European Jews who filled the houses of “Yiddish Broadway” on the Lower East Side. Edna Nahshon, a professor of theater and drama at the Jewish Theological Seminary, captures its heyday in this scholarly scrapbook full of vivid illustrations that buttress essays from leading critics and historians (including Nahshon herself). As a whole, this tribute and testament reveals how the Yiddish theater’s innovations, energy and engagement with a range of relevant, controversial topics would ultimately influence all facets of the American stage. 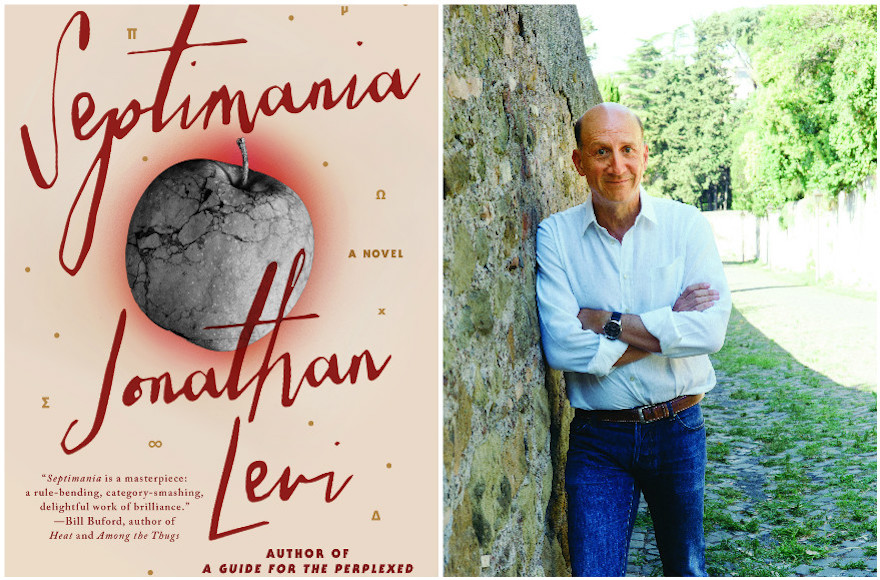 For his first novel since 1992’s critically acclaimed “A Guide for the Perplexed,” Jonathan Levi has created an exhilarating epic that crisscrosses the borders of the world and of the imagination. An English organ-tuner discovers he is the heir to the Kingdom of Septimania, a historically real territory that was given by Charlemagne to the Jews of eighth-century France. Over a fantastical half-century that stretches through the present into the future, this newly crowned “King of the Jews” will encounter Pope John Paul II, Haroun al Rashid of “Arabian Nights” fame, an elephant that changes color, one of the 9/11 bombers and even a seed from the original Tree of Knowledge (among other things).

Who Stole My Spear? (Random House)
By Tim Samuels 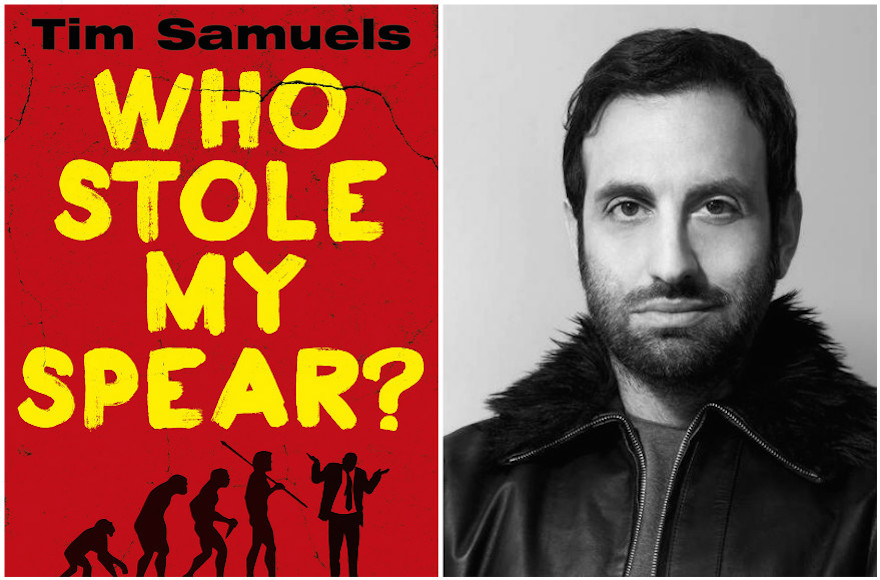 “Who Stole My Spear: How To Be a Man in the 21st Century,” by Tim Samuels (Tanya Chalkin/Century)

Tim Samuels, an award-winning British documentarian and broadcaster, offers a humorous but brutally honest look at modern masculinity, reflecting upon everything from relationships and fatherhood to corporate culture, porn and the rise of ISIS. The author occasionally draws on his Jewish background, such as using his own bar mitzvah as the jumping-off point for a chapter on how all young men need some rite of passage. The book is at its best when piercing long-fortified stereotypes and calling for a new definition — that is, no definition — of what it means to be “normal” today. Currently out in the United Kingdom, the book will be published in the United States on May 5.