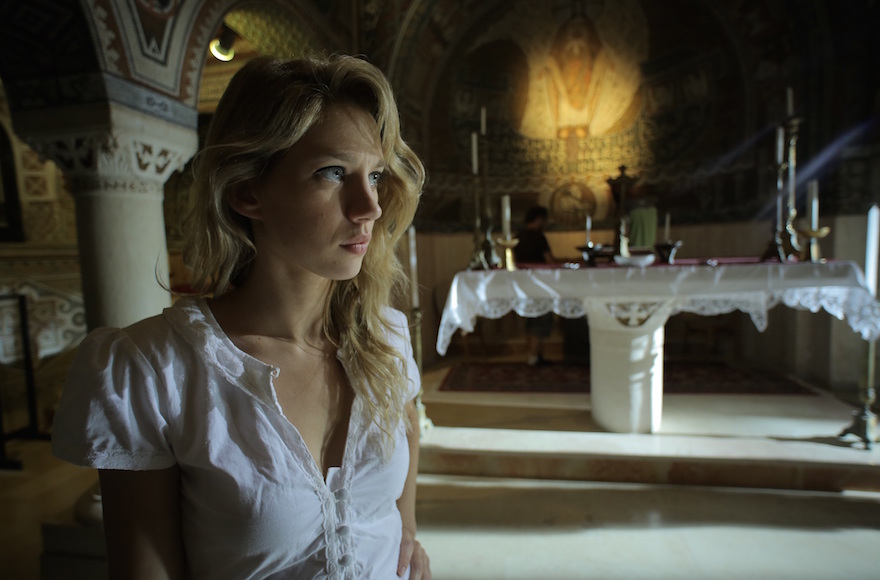 A scene from the Israeli horror film "JeruZalem."(Courtesy of "JeruZalem)
Advertisement

TEL AVIV (JTA) — On an army base in northern Israel, a scrawny nerd with glasses shakily patrols in the dead of night. Suddenly he’s ambushed by a group of militants in kaffiyehs, and he’s forced to fight for his life, using everything from a gun to a knife to a desk lamp, until he’s left with blood dripping down his face.

This isn’t the most recent flare-up in the Israeli terror wave. It’s a scene from the recent horror film “Freak Out,” starring Itay Zvolon — who is famous in Israel for a self-produced comic viral video — as an inexperienced soldier fighting a gory caricature of Israelis’ worst nightmare: faceless terrorists out for blood.

The horror-comedy is the latest in a string of such movies from Israel, many of which add a local twist to the genre. Since 2010, Israeli filmmakers have pumped out at least nine fright films ranging from zombie flicks to psychological thrillers that typically feature over-the-top, campy takes on the real-life violence facing Israelis.

“These are fears from Israeli culture and Israeli society,” said Boaz Armoni, director of “Freak Out,” which was released in October. “Being scared of Arabs, for example. It’s not a movie about a strong, heroic army. It’s about a small, cowardly soldier in a dangerous place.”

During its first six decades, Israel’s film industry produced only a few horror films, focusing instead on comedic satires of Israeli society and art-house dramas.

The turn toward horror, filmmakers say, reflects a shift away from the prestigious indie films that have characterized recent Israeli cinema — like “Waltz with Bashir” and “Ajami,” both of which were nominated for Academy Awards — and toward movies with more mass appeal.

“Our first movie was a heavy art-house film, got all the best reviews, the biggest festivals, all the olive branches — but no one came to see this movie,” said Doron Paz, who with his brother Yoav co-directed 2010’s “Phobidilia,” about a recluse soon to be forced out of his apartment.

The Paz brothers then directed the 2015 zombie movie “JeruZalem.” The film follows three American tourists out to see Jerusalem, only to find themselves fleeing a zombie uprising as the Old City’s gates close on them.

The first in this wave of Israeli horror movies, 2010’s “Rabies,” saw four friends lost in a forest on a hike encountering unsavory characters, including a psychopathic killer and corrupt policeman.

“They took the genre and took it apart,” Michaeli said. “In horror films, common knowledge is that the coward dies first. In ‘Rabies,’ the coward is left alive. They’re playing with the rules. They’re building something new.” 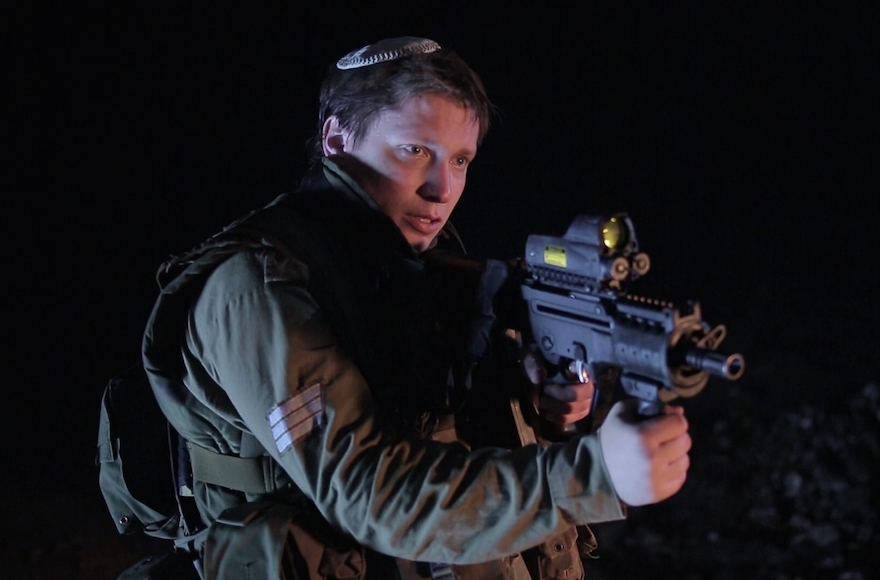 A scene from the Israeli horror film “JeruZalem” (Courtesy of “JeruZalem”)

“You’ve seen [movies about] resurrection of the dead in every city, but the most logical city for it to begin in is Jerusalem,” Paz said, referring to the city’s religious cachet. “It has to be through the Israeli, Middle Eastern prism.”

Current events have also given Israelis a taste for horror, Armoni said. Surrounded by blood and gore in the news and in their lives, he said, Israelis can find an escape in movies that caricature violence.

“There’s something very violent in the day to day, in the street,” he said. “[But] violence in entertainment is liberating. It’s not real. It can free up tensions.”

Another reason for the rising popularity of horror films in Israel? They’re typically made on tight budgets.

Israeli star Lior Ashkenazi has acted in Keshales and Papushado’s films, but many of the other Israeli horror actors have been relative unknowns. “JeruZalem” was filmed in a shaky “point-of-view” style on a budget of $250,000. “Freak Out” cost less than $150,000 to make.

“It allows you to work with the same tools as filmmakers in the rest of the world,” said Yoav Paz, Doron’s brother and co-director. “You’re not competing in Hollywood with the most expensive lenses and cameras.”

But Israeli horror directors will be heading to Hollywood soon. The renowned filmmaker Quentin Tarantino said “Big Bad Wolves” was his favorite film of 2013.

In March, it was reported that MGM and Paramount have tapped Keshales and Papushado to direct a remake of “Death Wish,” the 1974 film about a vigilante killer, starring Bruce Willis.

“Everyone talks about Israeli talent and Israeli stories,” Michaeli said. “Why should it stop with drama? Why can’t it go to other genres? It’s not embarrassing anymore to say you want to do a horror movie. It’s kosher.”