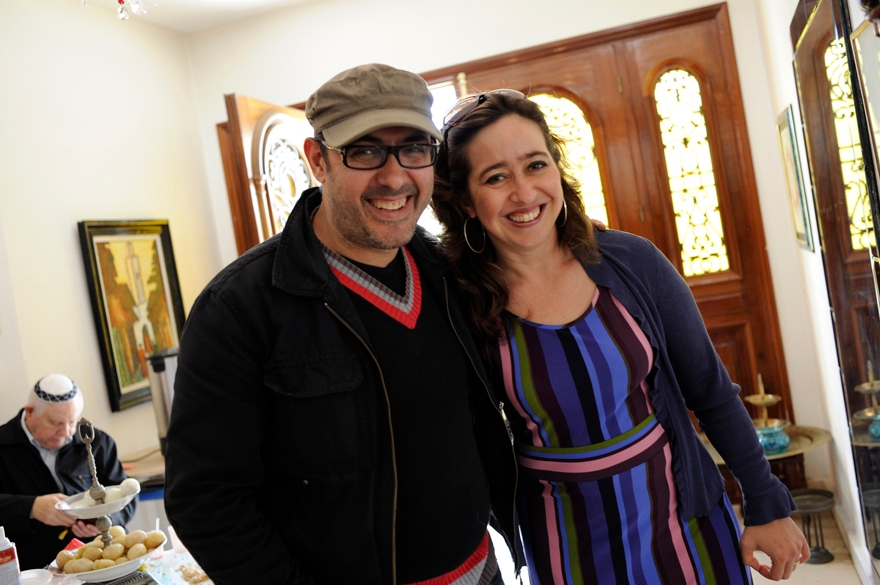 (JTA) — Nearly 500 people attended the first Jewish film festival of Casablanca, which was organized in the Moroccan city by a Sephardic Jewish woman from Atlanta.

The three-day event, which ended Wednesday at the offices of Casablanca’s SOC club, featured three films about the “consequences of the emigration of the Jews from the fabric of Moroccan society,” the organizer, Vanessa Paloma, told JTA on Thursday. Each screening drew about 150 viewers, she said.

One of the two fictional features screened was “Aida,” which was also Morocco’s submission to the Academy Awards for best foreign language film, about a Paris-based Jewish music teacher’s battle with cancer.

The other was “Midnight Orchestra,” a 2015 production about the son of a Jewish musician who left Morocco amid racial tensions spurred by the Yom Kippur war.

Reactions to the festival were overwhelmingly positive, said Paloma, a singer of Judeo-Spanish music and a researcher on identity and the arts in Moroccan Judaism. She has lived in Casablanca since 2009 with her Moroccan-Jewish husband, Maurice Elbaz, who helped her produce the festival on a shoestring budget that sufficed because the filmmakers waived their fees.

But the event also provoked negative reactions in Morocco, which despite being one of the Muslim world’s few countries where Jewish heritage is celebrated openly, nonetheless has a vociferous anti-Israel lobby that at times resorts to anti-Semitic rhetoric.

Jaouad Benaissi, an author and former member of the Socialist Union of Popular Forces party, complained on Facebook about the festival’s theme, writing that “man-made artworks have nothing to do with religion,” and therefore the Jewish theme was inappropriate – a message similar to that of Abdelilah Jouhari, a journalist who accused Paloma of “trying to make business with religion,” as reported by the news site Le 360.

“My response was that Jewish is not necessarily religious but also cultural, and that in the tradition of Jewish film festivals which exist around the world, we want to start this dialogue around Moroccan history, culture and traditions of Jews as presented on the silver screen,” Paloma told JTA.

In 2013, 200 Islamists demonstrated in Tangier against the screening of a documentary about Moroccan Jews because it mentions Israel.