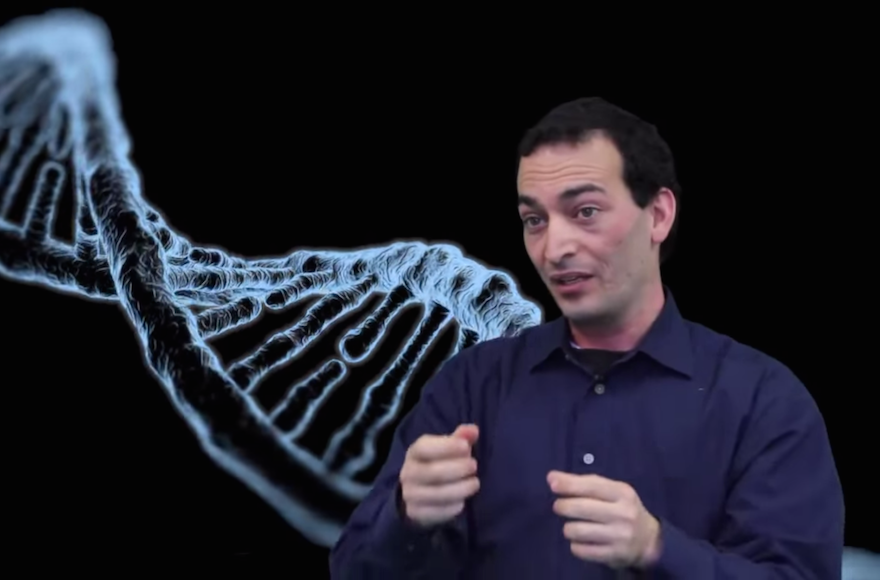 (JTA) — Prominent scholars of Jewish demography dismissed the findings of a newly published genetic study suggesting that today’s Ashkenazi Jews originate from converts to Judaism in what today is Turkey.

Titled “Localizing Ashkenazic Jews to primeval villages in the ancient Iranian lands of Ashkenaz,” the study by the University of Sheffield geneticist Eran Elhaik and three other researchers appeared in March in Oxford University Press’ prestigious scientific journal Genome Biology and Evolution.

It is based on an analysis of the genomes of 367 people, mostly from the United States, who reported having Ashkenazi lineage. Using a tool called geographic population structure, the researchers compared their genomes to those of non-Jews from German lands, south Russia and the Middle East. A match was found between the Jewish group’s genetic information and that of populations in northeastern Turkey.

In an interview with JTA, Sergio DellaPergola, a prominent demographer of the Jewish people from the Hebrew University of Jerusalem, called the study, which was widely reported in mainstream media, “one of the big canards of the 21st century,” citing what he regarded as an exceedingly small study population and the absence of genetic analysis of Sephardic Jews, which he said would have undermined the findings.

Shaul Stampfer, a professor of Soviet and East European Jewry at the Hebrew University, in an email to JTA said of Elhaik’s research: “It is basically nonsense.”

DellaPergola said that “serious research would have factored in the glaring genetic similarity between Sephardim and Ashkenazim, which mean Polish Jews are more genetically similar to Iraqi Jews than to a non-Jewish Pole.”

He noted the “great genetic similarity” between Ashkenazim and the Jews of Rome, who came from the Land of Israel and later from the Mediterranean. “In no way the explanation that Elhaik gives of the origins of the Jews in Europe can apply to the Jews of Rome. Therefore his explanation is wrong,” DellaPergola said.

Calling Elhaik’s work “a falsification,” he added that Elhaik’s team “removed from the equation the population groups that would have refuted their findings, and then selected the results they wanted to find.”

Asked for a reaction, Elhaik wrote in an email to JTA: “Our study is the largest genomic study on Ashkenazic Jews to date and the first of its kind on Yiddish speakers using an unbiased tool that returns the geographical coordinates where target DNA has originated.”

Stampfer has criticized Elhaik’s research before, including Elhaik’s 2012 study, also published in Genome Biology and Evolution, titled “The Missing Link of Jewish European Ancestry: Contrasting the Rhineland and the Khazarian Hypotheses.”

In that study Elhaik supports a disputed theory that centers on the presumed mass conversion to Judaism of the Khazars — an extinct multiethnic kingdom that included Iranians, Turks, Slavs and Circassians — in the eighth century. Largely unsupported by genetic studies, it is popular in anti-Semitic and anti-Zionist literature because it “is seen to dispel the notion of Jewish peoplehood, presenting it as a hoax,” DellaPergola said.