Yes, there is a Jewish left on campus, and it needs to be heard 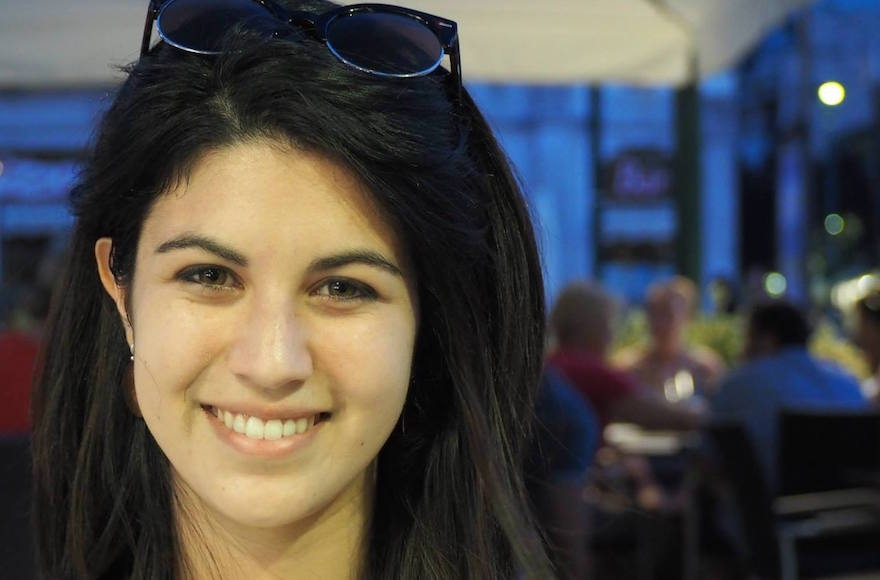 CHAPEL HILL, N.C. (JTA) — Recently, in an article for JTA, “The Missing Left: Where’s the support for liberal Zionists on campus?,” Andrew Silow-Carroll noted that “many American pro-Israel organizations and leaders ignore or ostracize liberal Zionists.” In the absence of progressive Zionist groups on campus, who should be able to both criticize and love Israel at the same time, he wrote, the Israel debate on campus is left to those who defend Israel uncritically, or who join the ranks of the Boycott, Divestment and Sanctions movement.

In fact, there is a large, thriving home for pro-Israel, pro-peace students on campus — and J Street is it.

Founded just six years ago, J Street U has spread to over 100 schools across the country, with over 70 full-fledged chapters. Our leaders are front and center in campus conversations about Israel, and regularly engage in debate over Israel’s future in local and national press. Last year, we hosted over 1,100 students at our national conference in Washington, D.C. We are the bridge between liberal values and support for Israel’s future as a Jewish and democratic state.

I’m always surprised when I find myself in a room — be it the General Assembly of the Jewish Federations of North America or other communal spaces — surrounded by Jewish leaders asking why there isn’t a pro-Israel left on campus. I and the other J Street U student organizers are exactly who they’re looking for. We’re leaders of a pro-Israel movement that isn’t afraid to hold its leaders accountable, that loves Israel but feels a deep urgency to end the occupation, that stands for a two-state solution and recognizes that boycotts are not an effective way to get there.

We’re loud and present at our Hillels, in our student governments and at national Jewish and pro-Israel gatherings. We are the pro-Israel left. So why do some leaders seem not to notice us?

My guess is the mainstream Jewish community doesn’t actually know what it wants from a progressive Zionist group on campus. Silow-Carroll wrote in his article that had Bernie Sanders given his speech critical of Israeli policy at the America Israel Public Affairs Committee policy conference in March, it “might have signaled to young liberal Zionists that the pro-Israel mainstream is at least willing to air such views, even if they don’t like them.” Having a place to “air views” is important, but it’s not why I’m in this movement and it’s not what J Street U believes will end the conflict. We believe that our support for a two-state solution and opposition to settlement expansion are mainstream positions held by the majority of American Jews, and we want our communal leadership to reflect those positions and to act on them.

But I understand that leadership is often resistant to change, hesitant to upset the status quo in which criticism of Israeli policy is anathema and in which there is little room for discussing alternate narratives. When J Street U speaks out loudly and clearly about our values, it challenges our communal leaders to look honestly at their own role in ending the conflict  — so much so that they may prefer to ignore us, rather than seriously reckon with our concerns.

Sometimes, I sense that Jewish communal leaders disapprove of my work, despite the fact that I love Israel and want to help secure its future, just as they do. Some in the community have pressed me to stop organizing for and affiliating with J Street U.

I’ve encountered enough of these sentiments to know the anger usually arises from a place of fear and uncertainty, not of genuine disagreement. Issues like the Israeli-Palestinian conflict and the occupation are difficult and contentious, and I understand that many prefer to look away rather than deal with them directly — or to focus exclusively on the anti-Israel sentiments of the far left and ignore the chorus of important questions young pro-Israel progressives are asking.

It may seem easier to ignore J Street U and wait for another progressive, pro-Israel group to come around — one that, magically, could attract and engage thousands of young people without talking about the issues that deeply concern them. Good luck finding it.

In the meantime, J Street U exists — and we’re growing. I urge leaders of our community to come meet with us, question us and listen to us, as many have and continue to do. We are the pro-Israel, pro-peace, progressive group of young people that you have been calling for. You won’t like everything we have to say — and we certainly will have our disagreements with you. But the time has come for us to act together to help address the challenges facing Israel and our community.

(Brooke Davies is a junior at the University of North Carolina at Chapel Hill majoring in peace, war and defense. She is the current J Street UNC chapter chair and also serves as the J Street U national communications chair.)