For 1st time since August, whole month with no Israeli fatalities in terrorist attacks 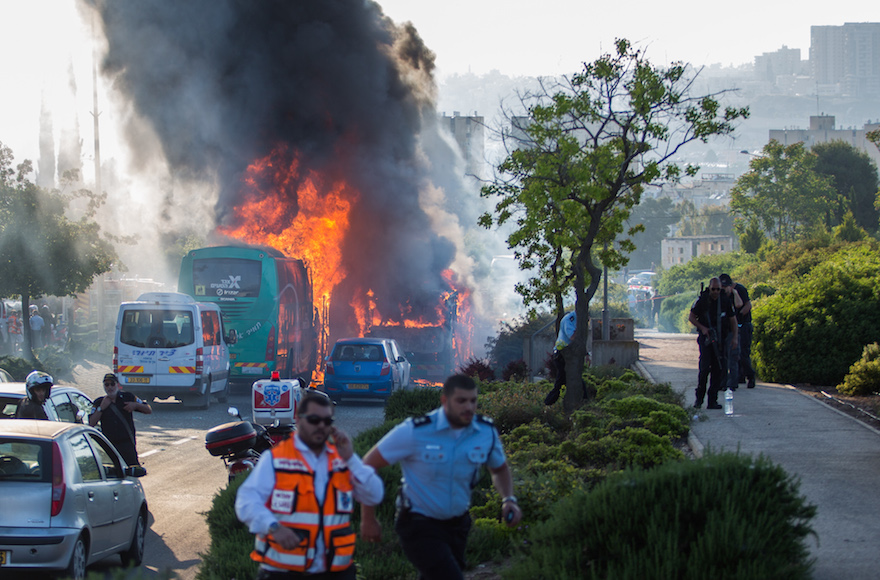 (JTA) — April was the first month in half a year in which no Israeli was killed in a terrorist attack.

With a total of 115 attacks, the figure for April continued a six-month downward trend in the number of incidents in Israeli-controlled areas and is the lowest monthly total recorded since July, when 103 attacks were observed, according to a report published earlier this week by the Israel Security Agency, or Shin Bet.

Of the 18 victims who were wounded in terrorist attacks against Israelis in April, 16 were injured in an explosion set off on a bus in Jerusalem on April 18. Another victim was stabbed in Rosh Ha’ayin on April 3, and a police officer was wounded from a firebomb hurled at him near Jerusalem that same day.

Of the 115 attacks documented, 91 involved firebombs.

Approximately 30 victims of terrorist attacks have lost their lives in attacks since August and hundreds have been wounded. Approximately 200 Palestinians have also been killed since then, most of them while carrying out attacks or in riots.

In Israel and the West Bank, attacks began increasing in August, when 171 of them were documented, and rose sharply in September and October, with 223 and 620 attacks recorded in those months respectively. Israeli Prime Minister Benjamin Netanyahu in October called the escalation “a terror wave,” whereas many in the Israeli and Palestinian media dubbed it “the third intifada,” or “the knife intifada.”