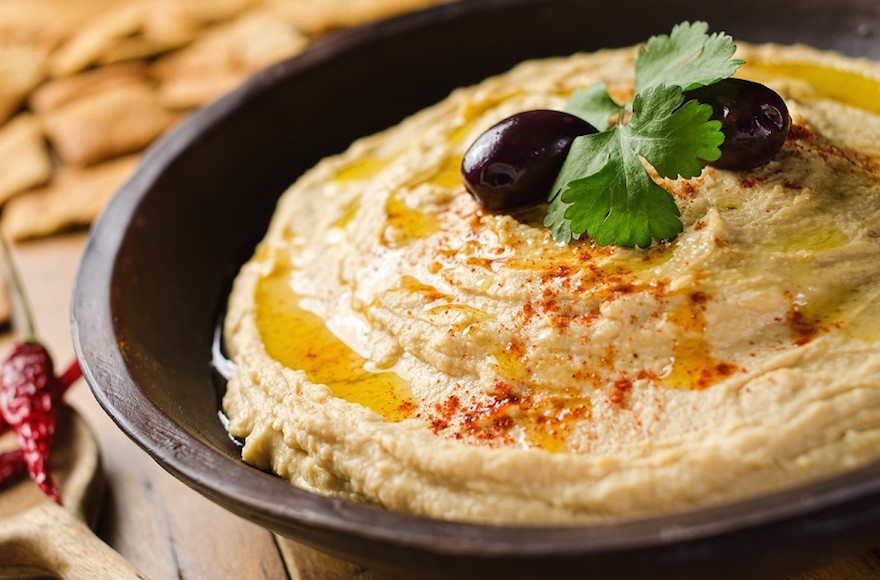 (JTA) — More than 90 percent of Israelis say they eat hummus at least once a week, and nearly 70 percent currently have some in their refrigerator.

A survey conducted by the Geocartography Institute for credit card company Diners Card and the Hummus Abu Ghosh restaurant also found that more than half of Israelis like wiping their hummus in a circular motion with a pita and just 9 percent see the popular chickpea spread as a symbol of Arab-Jewish coexistence, Haaretz reported Monday.

The survey was designed to coincide with Yom Haatzmaut, Israeli Independence Day, which begins at sundown Wednesday. It appears to be the first such survey of Israelis’ hummus habits.

Other findings included that 5 percent of Israelis eat hummus six times a week and that 60 percent buy their hummus at grocery stores, while 15 percent prefer hummus restaurants and 13 percent make the dip themselves.

Israelis over the age of 55 were more likely than their younger compatriots to make their own hummus.
Tahini topped the list of favorite hummus toppings (38 percent), followed by whole cooked chickpeas (23 percent).

Haaretz did not report the survey’s margin of error.