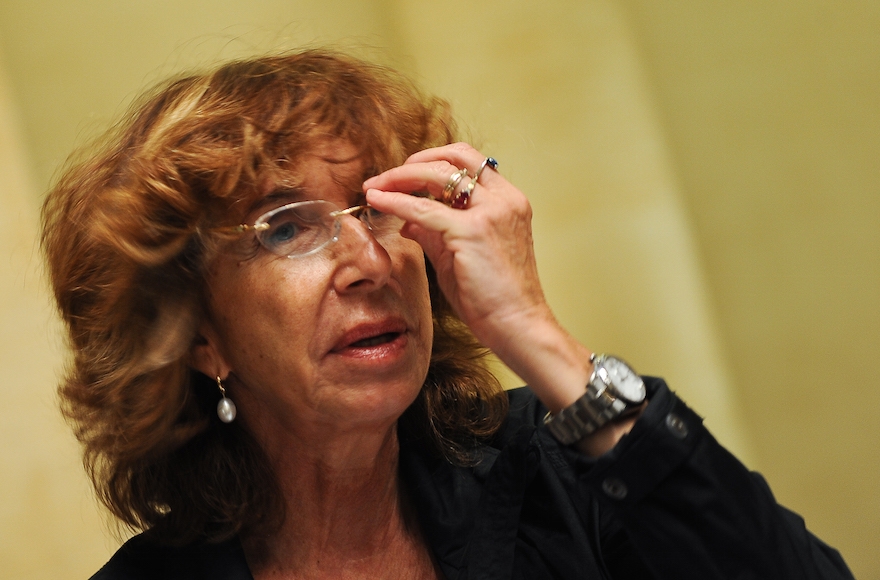 Member of Italian Parliament and member of the Partito della Liberta conservative ruling party, Fiamma Nirenstein, taking part in a demonstration "For the truth for Israel" in Rome, Oct. 7, 2010. (Andreas Solaro//AFP/Getty Images)
Advertisement

(JTA) — Fiamma Nirenstein, an Italian journalist and former parliamentarian, withdrew her candidacy to serve as Israel’s ambassador to Italy.

She announced on Tuesday that she had notified Netanyahu of her decision to renounce her candidacy for the position.

Her withdrawal comes a month after the Israeli daily Haaretz reported that the Italian prime minister was not in favor of Nirenstein’s appointment, and that as a journalist covering Israeli politics for Italian news outlets she had written harsh criticisms about Netanyahu’s wife, Sara, during his first term in office in 1996.

When the choice of Nirenstein was announced, it was opposed by the Italian Jewish community and various Italian government ministries, according to Haaretz.

Nirenstein was elected to Italy’s Parliament in April 2008 as a member of the center-right People of Freedom ticket headed by former Prime Minister Silvio Berlusconi. During her tenure, she was outspoken in support of Israel and combating anti-Semitism. As Israeli ambassador, she would have had to renounce her Italian citizenship.