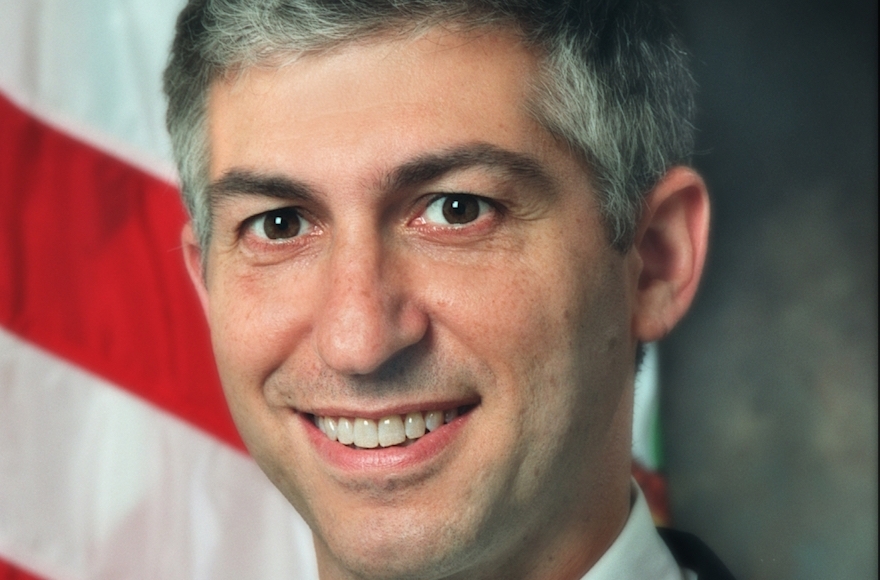 WASHINGTON (JTA) — A banker who once enforced U.S. sanctions on entities dealing with Iran said the Obama administration is sending mixed messages on whether it will penalize those who do business with the Islamic Republic.

“Washington is pushing non-U.S. banks to do what it is still illegal for American banks to do,” Stuart Levey, who was the undersecretary for terrorism and financial intelligence at the U.S. Treasury from 2004-2011, wrote in Friday’s Wall Street Journal.

Levey, who is now chief legal officer for HSBC Holdings, a British bank, referred to a meeting this week in London in which U.S. Secretary of State John Kerry sought to persuade European financial institutions to do business with Iran.

Sanctions on direct U.S. business with Iran remain in place, inhibiting renewed commerce with the country, and Obama officials fear that if Iran does not feel some relief, extremists in the country could precipitate the collapse of the deal.

The calling out from Levey could prove embarrassing for the Obama administration. Levey was a George W. Bush administration appointee whom Obama purposefully kept in place to underscore consistency when it came to confronting Iran.

Levey said the double messaging did not make sense, especially given that Iran has not decreased sanctions-triggering activities separate from its nuclear enterprise, including ballistic missile testing and backing terrorism.

“The U.S. Treasury Department’s designation of Iran, including its central bank and financial institutions, as a primary money-laundering concern also still stands,” Levey wrote. “The State Department neither controls nor plays any meaningful role in the enforcement decisions of these authorities.”

Levey said HSBC would not do business with Iran.

“Governments can lift sanctions, but the private sector is still responsible for managing its own risk and no doubt will be held accountable if it falls short,” he wrote.

Separately, Sen. Ted Cruz, R-Texas, fresh off his failed run for the Republican presidential nomination, in a New York Times Op-Ed called for increasing assistance for Israel’s missile defense in the wake of dangers he said were created by the Iran deal.

He called specifically for funding for the Arrow 3 and David’s Sling programs. “Congress should seize this opportunity to reaffirm our commitment to Israel’s security and so to our own,” Cruz wrote. “That would send the leaders of the Islamic Republic an unmistakable signal that there are at least some in Washington who still take them at their word, and will act accordingly.”