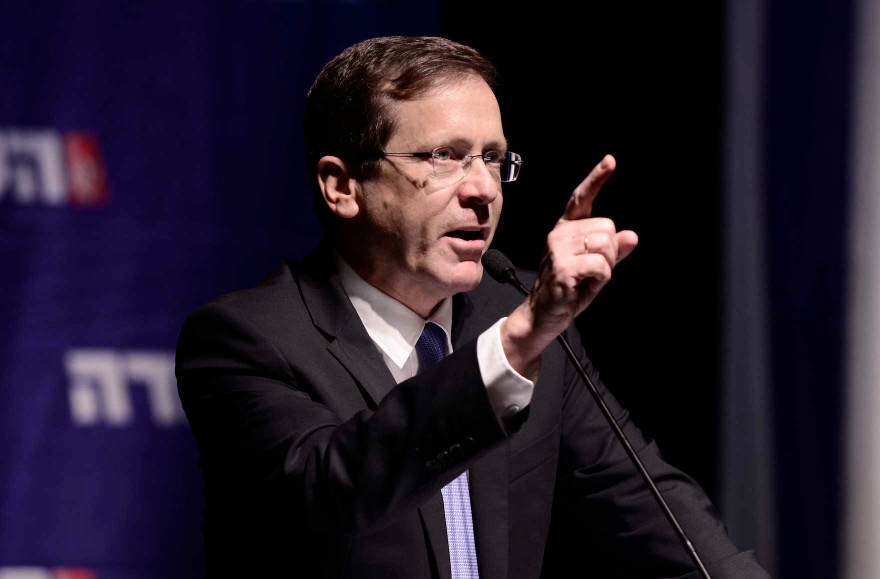 JERUSALEM (JTA) — The opposition leader in Israel said he has frozen talks about joining the government coalition.

Isaac Herzog, who heads the left-wing Zionist Union party, said Wednesday he would halt the talks after Prime Minister Benjamin Netanyahu set up a meeting with Avigdor Liberman, head of the right-wing Yisrael Beiteinu party.

Netanyahu and Liberman met late Wednesday afternoon. Following the meeting, Netanyahu told his Cabinet ministers that he had offered Liberman’s party the Defense Ministry and the Immigrant Absorption Ministry in an expanded coalition.

“Until Netanyahu decides where he is going, we will not conduct parallel negotiations,” Herzog said Wednesday. “If Netanyahu wants to bring Liberman into the government, then let him do it. We will take them apart from the opposition.”

Liberman reportedly has demanded the minister of defense post and a commitment to pass legislation that would make the death penalty available for terrorists.

Netanyahu’s government coalition has a one-seat majority, with 61 seats in the 120-seat Knesset. Yisrael Beiteinu would add six seats.

Negotiations between Netanyahu and Herzog on forming a unity government reportedly shifted into high gear on Sunday, when the two leaders had a face-to-face meeting for the first time in several weeks.

Eleven of the 24 Zionist Union lawmakers have said publicly that they would not join the government with Herzog; several have called for Herzog’s resignation over the talks.