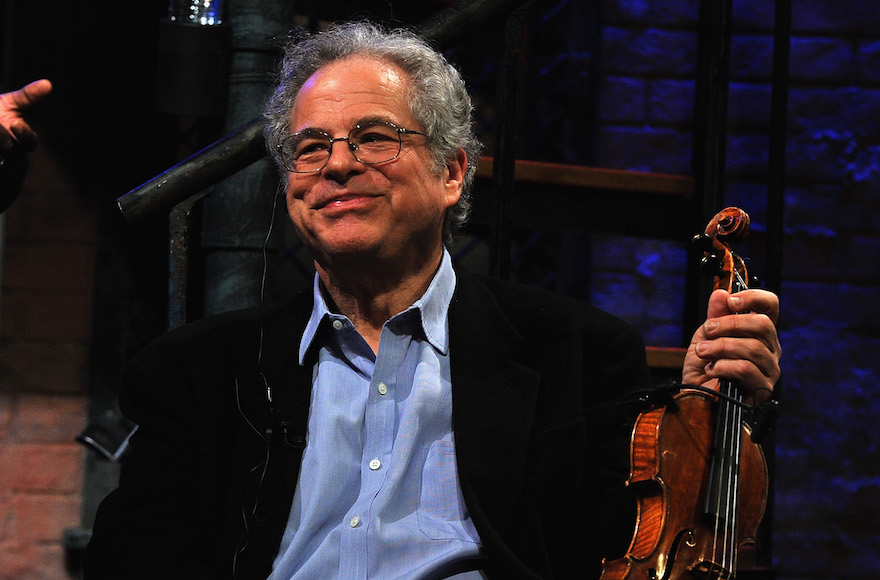 (JTA) — Itzhak Perlman, the acclaimed Israel-born violinist, has canceled a concert with the North Carolina Symphony over the state’s controversial transgender bathroom law.

Perlman announced Tuesday that he would cancel the concert, 24 hours before he was due to perform in the state capital, Raleigh.

“As my fans know, I have spent a lifetime advocating against discrimination towards those with physical disabilities and have been a vocal advocate for treating all people equally,” he wrote. “As such, after great consideration, I have decided to cancel my May 18th concert in North Carolina with the North Carolina Symphony as a stand against House Bill 2. As Attorney General Loretta Lynch recently stated, HB2 ‘is about a great deal more than just bathrooms. [It] is about the dignity and respect we accord our fellow citizens.’ I couldn’t agree more and will look forward to returning to North Carolina when this discriminatory law is repealed.”

The law passed in March requires that one use the bathroom according to the gender on a person’s birth certificate.

Perlman’s action follows the cancellation last month of concerts by Bruce Springsteen, Ringo Starr and several other big-name artists over the legislation. The Cirque du Soleil circus also canceled several shows, and some scheduled conventions have pulled out of the state as well.

The North Carolina Symphony canceled its appearance and published Perlman’s statement on its website.

“The North Carolina Symphony welcomes all people with our hearts and minds open and we are honored to share our music-making with everyone,” the symphony also said.

At the end of last year, Perlman was named the recipient of the 2016 Genesis Prize, an annual $1 million prize known as the “Jewish Nobel.” Perlman, who was diagnosed with polio at the age of 4, has indicated he will use the prize money to advance music and helping those with disabilities.