Alberto Nisman may have been forced to kill himself, says Argentine prosecutor 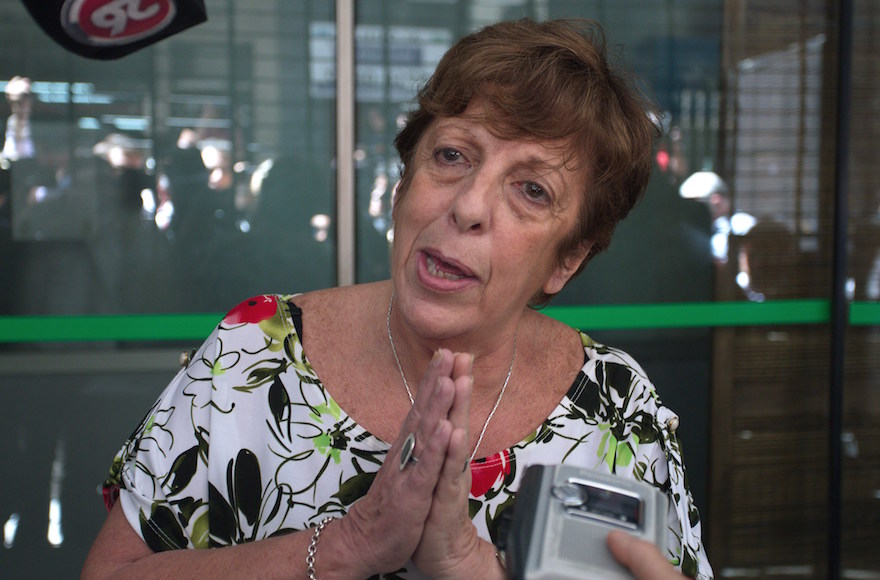 BUENOS AIRES (JTA) — Alberto Nisman, the federal prosecutor who investigated the 1994 bombing of a Jewish center here, may have been forced to kill himself, a prosecutor who was formerly in charge of his case said.

Viviana Fein, who in December was removed from the investigation into Nisman’s mysterious death, had said before that it was likely suicide. But in an interview with local radio station La Red, she acknowledged for the first time that it was possible he was “induced” to kill himself.

Fein defended the theory, saying there were several back-and-forth calls with “six or seven people,” including former spy chief Antonio Stiuso and then-army chief Cesar Milani on Jan. 18, 2015. The body of Nisman, who led the probe of the AMIA Jewish center attack that killed 85 people, was discovered that day in his apartment with a gunshot wound to the head.

“I think he was forced; it’s perhaps highly likely that they forced him or induced him to commit suicide,” Fein said, adding: “I find it suggestive and noteworthy that personalities of this caliber were on the same day of his death talking uninterruptedly.”

Elaborating on this point, she said: “There was a group of people who may have been waiting for something. It’s possible, it’s one of the hypotheses, but it raises red flags that these calls happened only on that day, not before or after.”

Nisman had been scheduled to appear in Congress the day after his death to present allegations that then-President Cristina Fernandez de Kirchner orchestrated a secret deal to cover up Iranian officials’ alleged role in the AMIA bombing. Fernandez denied the allegations and judges threw out the case.

Nearly 18 months after Nisman’s death, authorities have yet to determine whether he took his own life or was killed by someone else.

Conspiracy theories have flourished around the case.

To fight radical Islam, France is limiting religious freedoms — with the blessing of its Jewish minority