Captain America is a secret Nazi, and people are going crazy about it 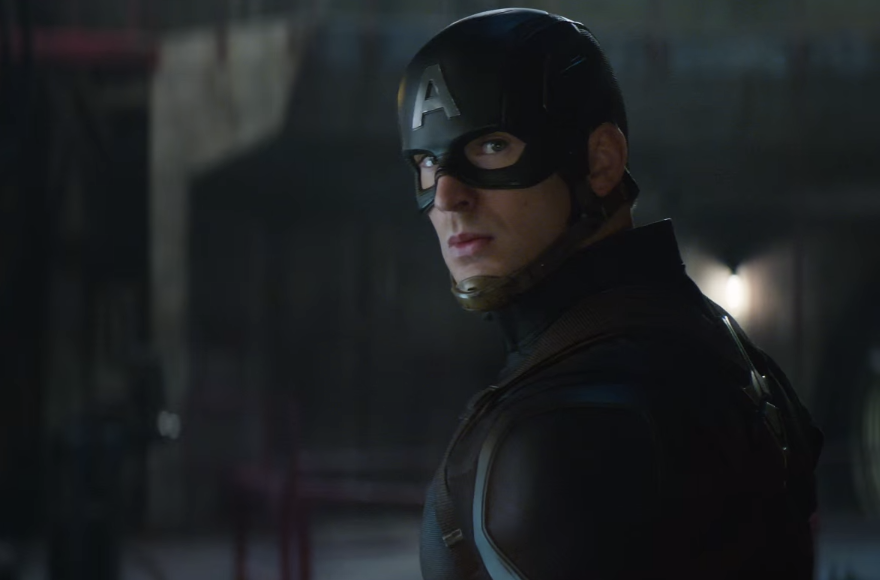 The new Captain America comic book includes an epic reveal, and some people are not happy about it.

When fans ran out to grab Marvel Comics’ “Captain America: Steve Rogers #1” on its release Wednesday, they were not expecting this. Captain America discloses in the issue that he is in fact a secret operative of the evil, formerly Nazi organization, Hydra.

Captain America has been a symbol of heroism for years, that all appears to be a lie https://t.co/oi9RfUUoyc pic.twitter.com/0EnA9DwxXO

The dramatic twist happens right on the last page, as Captain America prepares to throw his supposed ally, Jack Flag, off an airplane, presumably to his death, and exclaims, “Hail Hydra!” The image has already become a bit of a meme on Twitter, with some filling the word bubble with other, similarly “dream-crushing” revelations:

Can’t argue with this way of thinking #CaptainAmerica pic.twitter.com/1UVbvJ8tb4

Even Chris Evans, who plays Captain America in the Marvel Cinematic Universe, most recently in “Captain America: Civil Wars,” was shocked.

Oh, but it is so. Writer Nick Spencer assured readers that this isn’t a gimmick or a trick: Captain America, whose alter ego is Steve Rogers, is going to remain a secret Hydra operative, and the next issue will explore how he came to be a double-agent for the sinister organization.

In recent years, Captain America aged out of top fighting form, making way for a new generation or superheroes, like the Falcon. The new series launched by the latest issue magically restores his youthful looks and abilities.

Despite the levity some have found in the dramatic reveal, a popular device in serialized superhero comics, quite a few fans took to Twitter to voice their rage.

We can’t give Steve Rogers a boyfriend but we CAN make him a nazi, the marvel way

Some interpreted the twist as a slight to the character’s Jewish creators, Joe Simon (born Hymie Simon) and Jack Kirby (born Jacob Kurtzberg).

Some suggested the outrage over Captain America’s Nazi reveal is exaggerated. After all, this isn’t the first time Captain America has worked for Hydra, according to The Beat editor Heidi McDonald, and Kirby himself once drew the beloved superhero saluting Hitler (even though it was all due to mind control).

I’m outraged at Stan Lee and Jack Kirby! This is a slap in the face of the character! He’s now forever tainted! pic.twitter.com/fkzroszQbG

Still, Jessica Plummer, a writer for the comics media outlet “Panels,” was among those upset by the development, saying it was in poor taste in a world where anti-Semitism is not a thing of the past, and is in fact, very much felt during this election cycle, especially from the presumptive Republican presidential nominee, Donald Trump, who she writes “spouts fascist ideology that echoes Hitler’s rise to power.”

“I am angry, because Steve Rogers’s Jewish creators literally fought in a war against the organization Marvel has made him a part of to grab headlines,” she wrote.

Yet very few Jews have actually been represented in the comics’ pages. Simon and Kirby may have modeled Steve Rogers childhood after theirs. Like Rogers, Kirby grew up in the 1930s in the Lower East Side of Manhattan, as did Lee. But the character is the son of Irish immigrants.

Joe Simon sued Marvel twice for the copyright for Captain America. He settled both cases out of court. The prolific comics writer died in 2011.

outraged and sickened by this story decision, which is permanent for Steve Rogers, a real person. pic.twitter.com/0QLqRHPk7a