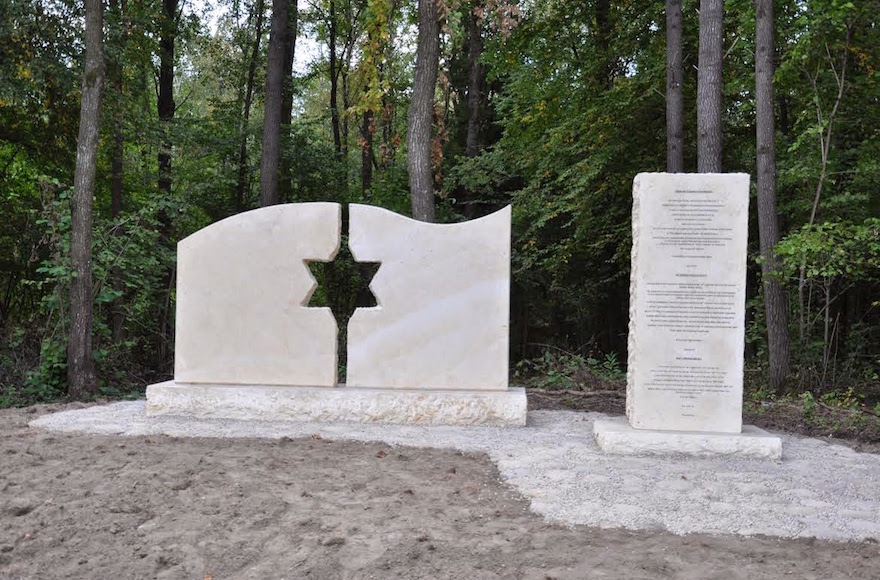 (JTA) – A teenager in Poland was arrested for allegedly smashing a Holocaust monument and scrawling anti-Semitic slogans and a neo-Nazi symbol on it.

The 16-year-old had escaped from a state juvenile care center, the PAP news agency reported Tuesday, quoting a police spokeswoman. The teenager did not say why he smashed the Star of David on the monument in Rajgrod, in northeast Poland, the spokeswoman said.

Police said the boy last week spray-painted offensive slogans and Odin’s cross, a neo-Nazi and white supremacist symbol, on the monument. The slogans were “Send you the gas” and “F— the whores,” according to police.

The monument in Rajgord, 130 miles from Warsaw, was previously vandalized in 2015, some six months after its unveiling.

“We welcome the news that the alleged perpetrator has been arrested,” said Gideon Taylor, chair of operations of The World Jewish Restitution Organization.

Taylor’s organization and the Union of Jewish Communities in Poland in 2002 set up the Foundation for the Preservation of Jewish Heritage in Poland, or FODZ, which erected the monument with help from the local Jewish community near a Jewish cemetery that was destroyed in World War II.

“We look forward to working closely with the authorities to try to prevent such attacks on monuments in Poland in the future,” Taylor said.