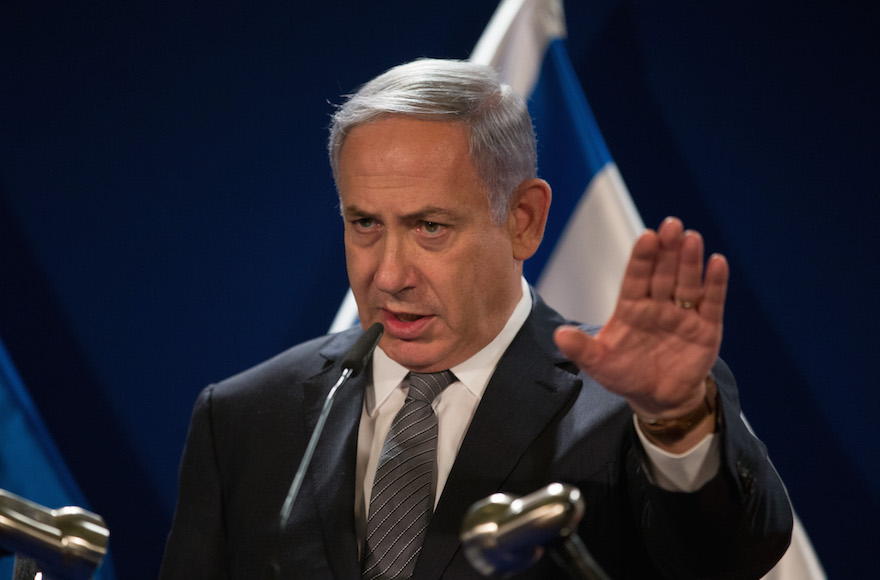 In a speech Wednesday at Bar-Ilan University’s medical school graduation, Netanyahu criticized the Paris effort and repeated a call for direct talks “without preconditions,” the Times of Israel reported.

“That’s how it was when we achieved peace with Jordan and also with Egypt, and that’s how it has to be with the Palestinians,” he said.

“If the countries gathering this week in Paris really want to advance peace, they must join my call to Abu Mazen [Palestinian Authority President Mahmoud Abbas] to enter into direct negotiations,” he said. “That’s the only path to peace.”

On Monday, Netanyahu and his new defense minister, Avigdor Liberman, partially endorsed the 2002 Arab Peace Initiative, earning criticism from members of the Jewish Home party, which is also in the governing coalition.