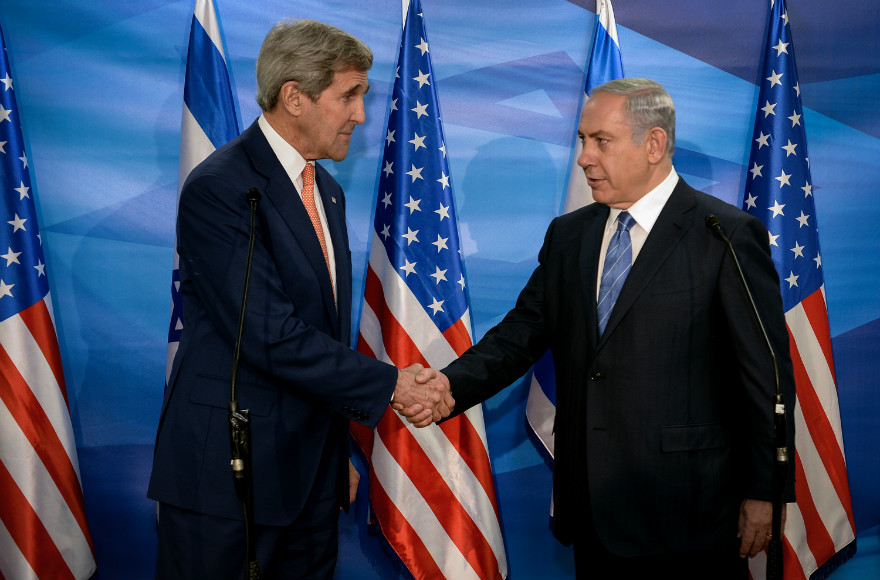 (JTA) — After five hours of discussion, participants in the Paris peace summit, the French initiative to reboot peace talks between the Israelis and Palestinians, issued a statement that was less harsh toward Israel than what members of the Arab League had advocated for, according to Haaretz.

Foreign ministers from over two dozen countries concluded the one-day summit Friday with a statement asking the Israelis and Palestinians, who were not invited, to demonstrate “a genuine commitment to the two-state solution in order to rebuild trust.”

They also proposed an international conference to further talks by the end of the year.

The joint statement highlighted the threat to the two-state solution model, pointing to “actions on the ground, in particular continued acts of violence and ongoing settlement activity” that are “dangerously imperiling the prospects for a two-state solution.”

The statement called for “fully ending the Israeli occupation that began in 1967 and resolving all permanent status issues through direct negotiations,” and noted that “the status quo is not sustainable.”

The statement’s general emphasis on the two-state solution represents a compromise in which the United States and the European Union tempered an effort by the Arab League to make a closing statement that was more critical of Israel’s policies, Western diplomats told Haaretz.

“A peace agreement between Israel and the Palestinians must include the countries of the region,” French President Francois Hollande said in opening remarks. “Things have changed in recent years. Nowadays there’s war in Syria and in Iraq and terror in the regions. There are those who interpret this as a chance to abandon the Israeli-Palestinian issue, but I claim the opposite.

“Only the sides themselves can take the brave step toward peace,” he added. “We can’t do it for them, but only assist them and provide them with guarantees.”

At a news conference, European Union Foreign Minister Federica Mogherini reiterated the importance of Arab state involvement in negotiations and said the summit was not meant to force concessions from the two sides but rather to create an international framework to relaunch peace talks.

“Without a regional and international framework, the parties will not come to the table themselves,” she said. “It is about creating the space and the possibility for the parties to reengage seriously and revert the current trends.”

She referred to the deteriorating security situation in the West Bank and settlement expansion as indications of the urgency for a peace plan. “The path opened by the Oslo process is under a risk of fading away,” she said, referring to the 1993 Oslo Accords.

Palestinian Authority Prime Minister Rami Hamdallah welcomed the French initiative. Hamas and three other Palestinian groups condemned the talks on Friday, rejecting all efforts for a negotiated settlement, according to the Times of Israel.

Israel has dismissed the summit as doomed to fail because it does not involve direct talks between Israelis and Palestinians.

“The only way to get a stable regional arrangement that will allow us to create real peace in the Middle East is if the parties of the region come to understandings between them,” Dore Gold, the director general of the Israeli foreign ministry, said earlier this week.

At a news conference on Thursday night, Gold compared the Paris peace summit to the Sykes-Picot agreement, the 1916 deal between the United Kingdom and France to carve up the territory of the Middle East. Such international involvement, Gold suggested, would lead peace talks to fail.