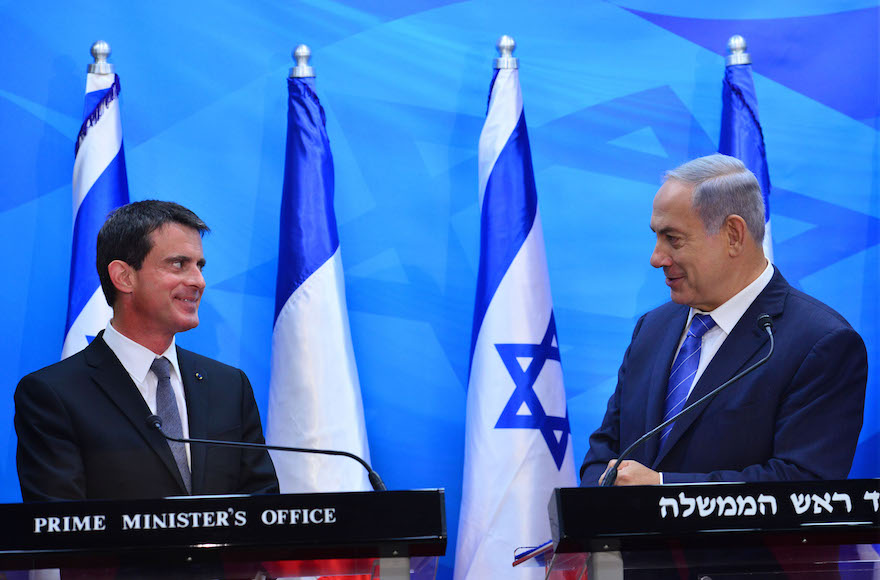 Citing a Channel 2 TV report, The Times of Israel reported that Netanyahu “said yes” Thursday to a new Egyptian-Saudi Arabia endeavor for regional progress toward peace.

Netanyahu spoke by phone with U.S. Secretary of State John Kerry on that day, shortly before the Paris peace summit, and the conversation was a reason the summit’s concluding statement was vague and set no date for a follow-up meeting, according to the report.

Netanyahu has for weeks been saying that the Paris summit is the wrong approach and that direct talks are the only effective strategy for resolving the Israeli-Palestinian conflict.

Dore Gold, director general of Israel’s Foreign Ministry told The Times of Israel earlier this week that by improving ties with Arab states, Israel hopes to push the Palestinian peace process ahead.

“The conventional wisdom for the last few decades has been that a solution to the Palestinian issues will result in improved ties between Israel and the Arab world,” he said. “But there is a serious basis for thinking that, actually, the sequence is exactly the opposite — that by improving ties with the Arab states, we set the stage for a future breakthrough with the Palestinians.”

Saudi Arabia’s foreign minister used the Paris summit as a platform for promoting the 2002 Arab Peace Initiative. The Saudi minister said the initiative “does not need changing or adjusting, it is on the table as is.”

While Netanyahu has voiced support for parts of the initiative, he has emphasized it would merely be a starting point and that Israel would not agree to all its terms.

The Arab Peace Initiative calls for Israel to withdraw from all territories gained in the 1967 Six-Day War and to reach a mutually agreed upon resolution to the Palestinian refugee problem. In exchange, the Arab world would normalize ties with Israel.