Women of the Wall director detained by police over Torah scroll 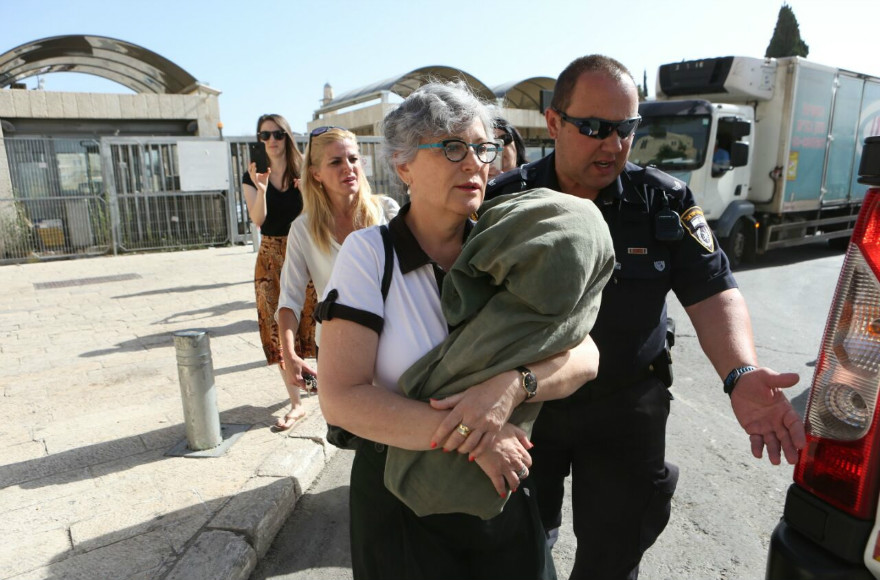 Lesley Sachs, executive director of Women of the Wall, is detained by police after smuggling a Torah scroll into the women's section of the Western Wall for a morning prayer service in honor of the new Jewish month on June 7, 2016. (Photo/Courtesy of Women of the Wall)
Advertisement

JERUSALEM (JTA) — The executive director of the Women of the Wall was detained by police after smuggling a Torah scroll into the women’s section of the Western Wall.

Lesley Sachs was questioned Monday at the Israel Police station in the Old City of Jerusalem and released several hours later. She was not arrested.

Women of the Wall, which is committed to liberal prayer at the Western Wall, said in a statement that Sachs was detained while exiting the Western Wall with the Torah scroll following the group’s monthly morning prayer service for the new Jewish month. The reason given for the police action was “smuggling a Torah scroll into the women’s section,” according to the group.

The scroll was lent to the organization by Congregation B’nai Israel in Sacramento, California. Some 80 women participated in the service on Monday morning, the group said.

Western Wall regulations bar women from bringing a Torah scroll to the Wall. There are about 100 Torah scrolls located in the men’s section for public use.

In the past, Women of the Wall has smuggled a mini-Torah scroll into the women’s section. During another service, male supporters of the group hoisted a scroll over the divider between the men’s and women’s sections, encountering violent opposition.

In 2003, Israel’s Supreme Court upheld a government ban on women wearing tefillin or tallit prayer shawls, or reading from a Torah scroll at the Western Wall, saying it violated “local custom.” Three years ago, a judge determined that the group’s activities were not illegal, and women have not been detained over wearing prayer shawls for several months.

Women of the Wall has held a special prayer service at the holy site nearly every month for the last 20 years on Rosh Chodesh, or the beginning of a new Hebrew month, at the back of the women’s section.

The detention comes as plans for an egalitarian prayer section at the Western Wall have stalled due to haredi Orthodox opposition, and a day after Rabbi Shlomo Amar, Israel’s  former Sephardic chief rabbi and the current Sephardic chief rabbi of Jerusalem, called the plan an “unforgivable wrong, a sin that begets more.”