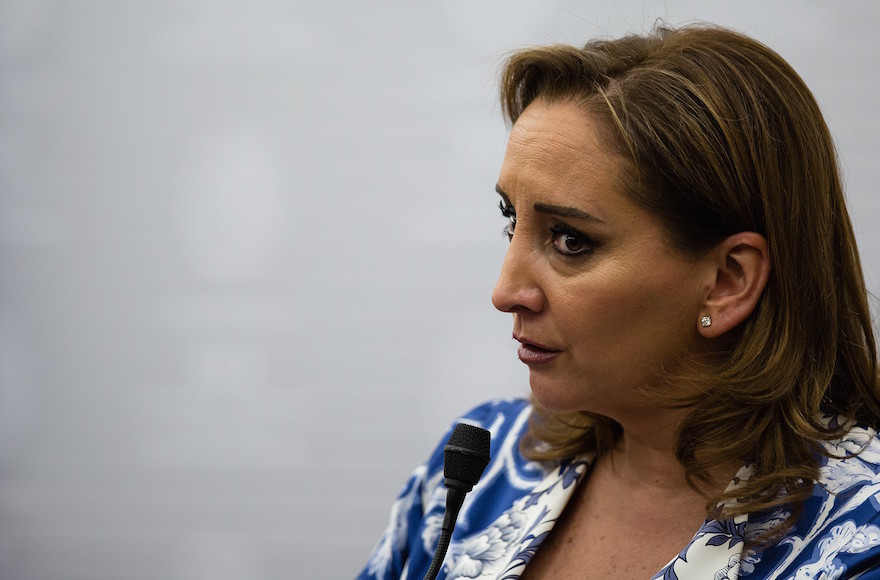 WASHINGTON (JTA) — Mexico’s foreign minister compared anti-Mexican “bigotry” in the United States to anti-Semitism in an address to the American Jewish Committee.

“Let me say loud and clear, fighting anti-Semitism, like standing up to anti-Mexican sentiment, is not a Jewish issue or a Mexican issue. It is a common battle for human rights,” Massieu said.

Although she did not explicitly mention Donald Trump, the presumptive Republican presidential nominee who has made numerous derogatory remarks about Mexicans and Mexican Americans throughout his campaign, Massieu spoke at length about anti-Mexican misinformation in political rhetoric.

“To the dismay of those who prey on disinformation and fear for political gain, the Mexican people are and always have been a positive presence and force for good in the United States,” she said.

Massieu emphasized that Mexico-U.S. trade has benefited both countries and Mexico “did not steal jobs” from American workers.

She also said Mexican Americans are “No different from American Jews from all walks of life.”

Massieu commended the AJC for its “courageous defense of immigrants in the United States” and praised the Mexican Jewish community for its imprint on many spheres of the country’s life.

She also said Mexico wants to step up its collaboration with AJC, which the group says has grown dramatically since it launched the Belfer Institute for Latino and Latin American Affairs more than 10 years ago.

“The Mexican and the Jewish people have forged an enduring friendship,” Massieu said.