An attack on my Israeli neighborhood, 6,000 miles away 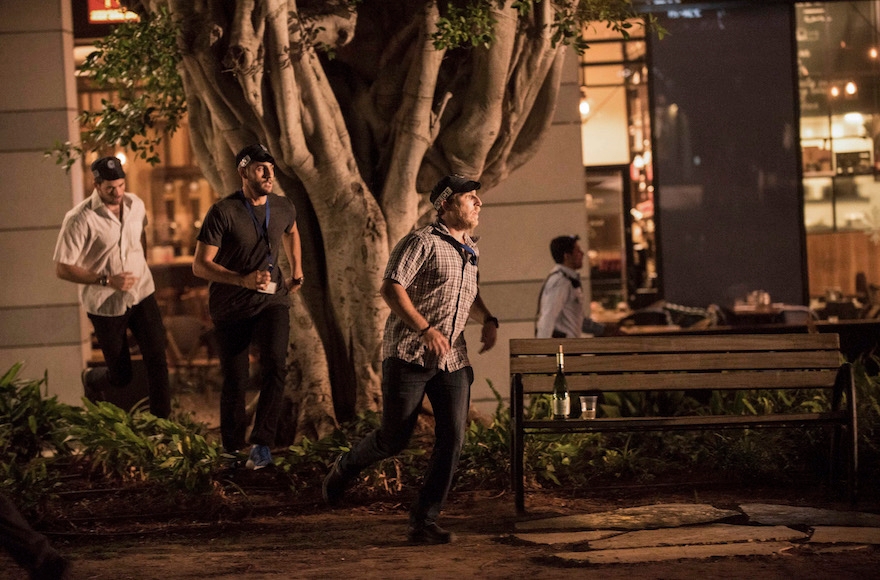 Israeli medical and security forces at the scene where a suspect terrorist opened fire at the Sarona Market shopping center in tel Aviv, on June 8, 2016. The suspect shot and wounded 9 people, one of them critically injured, in a suspected terror attack in the center of the city. Photo by Ben Kelmer/Flash90
Advertisement

Had the attack happened two weeks ago, I would have jumped out of my chair, thrown my laptop and camera in my bag, grabbed two pens and run across the street — straight to the scene of the shooting.

It was a drill that became second nature to me during four years of reporting in Israel. I was at the scenes of bus bombings and rocket attacks. I took taxi after taxi to the hospital to interview victims.

“What happened?” I would ask, along with a gaggle of reporters all scribbling into their phones and notepads. “What do you remember? Can you describe how you felt?”

When the attacks took place in my adopted hometown of Tel Aviv, like Wednesday’s shooting that left four people dead and five injured, the news was personal too. Friends texted each other and posted on Facebook that they were OK. Social media feeds clogged with anger, sadness and relief.

Two weeks ago, I lived a two-minute walk from the scene of Wednesday’s attack. Sarona, a chic pedestrian mall filled with shops, restaurants and play areas, was where my wife and I took weekend walks with our newborn son in his stroller. It was where I met colleagues for a mid-afternoon coffee. Occasionally, it was where we splurged on a nice dinner, as many Israelis were doing when the shooting began Wednesday.

Reporting on terror attacks in Tel Aviv was never gratifying and rarely original. My colleagues and I all inevitably wrote the same stories and quoted the same people. Three times in four years, I wrote news features about terrorism shattering Tel Aviv’s purported bubble of calm.

But producing those articles, as boilerplate as they sometimes felt, also gave me a way to process the tragedy. Getting all the facts straight as they emerged, recording all the quotes, writing it all out, allowed me to create some distance from the attacks so close to home.

Now, having moved to New York to cover the Jewish beat here, I find myself thousands of miles removed from a shooting that, so recently, would have been almost at my doorstep. I feel a sense of relief, knowing that my family and I are shielded by an ocean from the violence that used to be part of my job and our lives.

But as my Facebook feed fills again with reassurances and despair, all I can do is nervously sit and watch — my laptop in front of me and my notepad by my side.