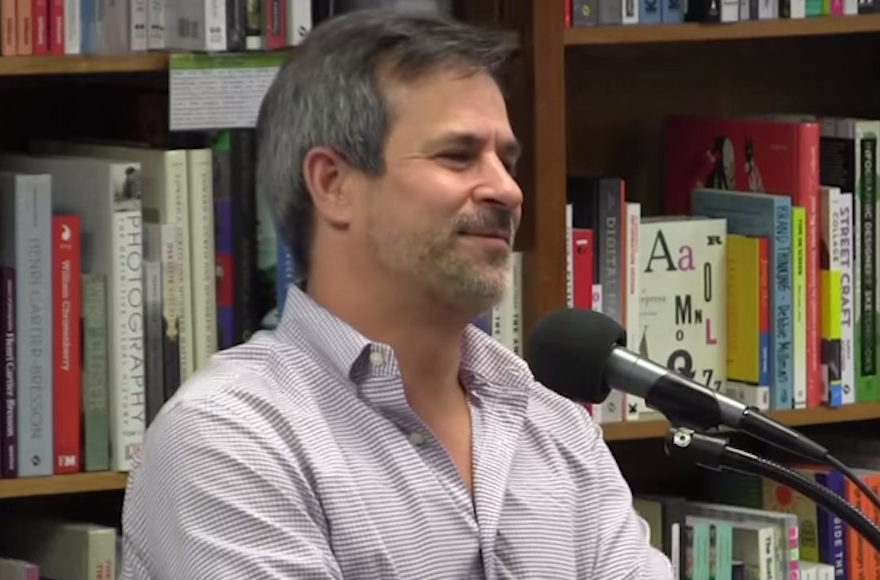 Jonathan Weisman was demoted at The New York Times for a series of allegedly racist tweets. (Screenshot from YouTube)
Advertisement

Jonathan Weisman, deputy Washington editor of the newspaper, announced in a tweet Wednesday that he “will be moving to Facebook where at least people need to use their real names and can’t hide behind fakery to spread their hate.”

Weisman was sent tweets calling him a “kike” and threatening to put him “in the oven,” and asked Twitter to suspend the users. In response, the company said the examples did not violate its rules and the users would not be suspended, Weisman tweeted. By late Wednesday morning, however, two of the users were suspended.

Weisman has more than 34,000 Twitter followers. More than 2,800 people were following him on Facebook as of Thursday afternoon.

He recently put his name in triple parentheses known as the echo symbol, used by white supremacists and anti-Semites to identify Jews on Twitter.

Over the past several weeks, the echo has been used as part of a pattern of harassment against a group of journalists including Weisman, Jeffrey Goldberg of the Atlantic, Julia Ioffe of GQ, Bethany Mandel of the New York Post and Ben Shapiro of The Daily Wire.

“I will leave @twitter to the racists, the anti-Semites, the Bernie Bros who attacked women reporters yesterday. Maybe Twitter will rethink,” Weisman tweeted before signing off.