(JTA) — Sarona Market, the site of Wednesday’s shooting in Tel Aviv that left four dead and six wounded, held a prayer service to demonstrate solidarity with the victims’ families.

The Kabbalat Shabbat prayer at the central Tel Aviv pedestrian mall Friday afternoon was a Reform service, according to a Sarona spokesperson, including singers and musical instruments. It drew 350 attendees, including U.S. Ambassador to Israel Daniel Shapiro.

“With the pain and the hurt, wishing a Shabbat shalom and happy holiday of Shavuot, the time of the giving of the Torah,” Shapiro posted in Hebrew on Facebook Friday. 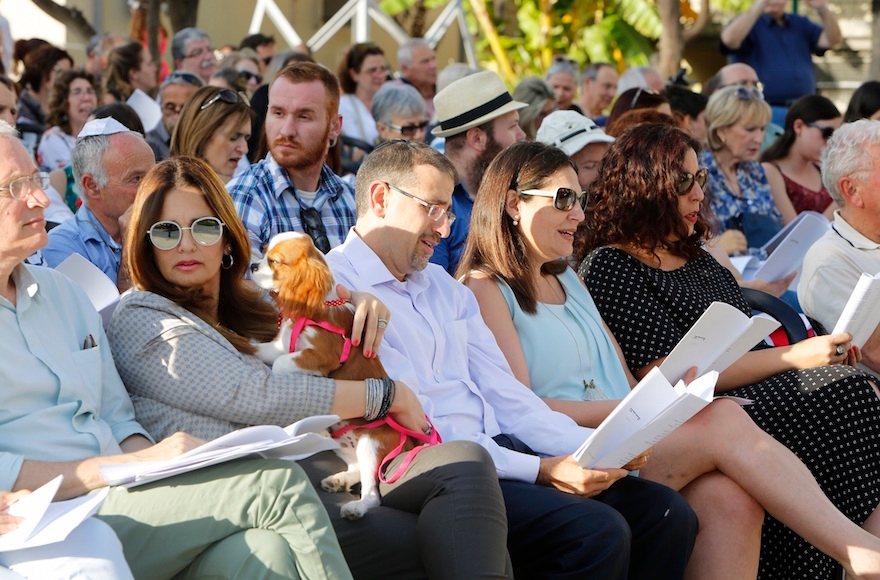 On Wednesday night, two Palestinian gunmen sitting at the Max Brenner restaurant in Sarona opened fire on customers. The attackers were pursued by police and arrested. An accomplice has also been arrested. The attack comes after a lull in violence following a six-month wave of stabbings and shootings in Israel.

“A moment before returning to the routine, we have chosen to come together with a deep breath, the unity of the nation and prayer,” Sarona CEO Iris Raor Baratz said in a statement Friday. “In this, we see the continuation of Israeli culture.”